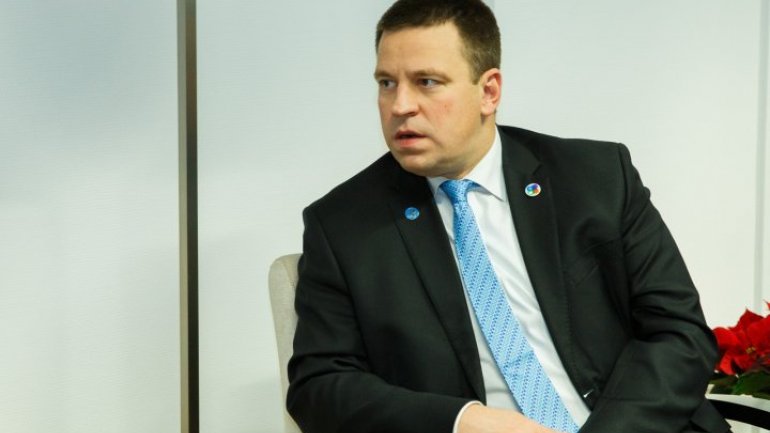 foto: gov.md
On the occasion of the fifth Eastern Partnership Summit in Brussels, Prime Minister Pavel Filip met today with the Prime Minister of the Republic of Estonia, Jüri Ratas.

The talks of the officials focused on the objectives set for expanding cooperation in areas of mutual interest.

Prime Minister Pavel Filip thanked the Estonian side for supporting the European path of our country, but also for providing assistance at bilateral level, emphasizing the importance of exchanging experience between states for achieving concrete results for the citizens' benefits.

The two Prime Ministers discussed the further promotion of projects in areas such as eGovernment, health, rural development.

Also, good cooperation has been noted at the level of regions, municipalities and cities, and 12 partnerships between the local public administration in Moldova and Estonia have already been established.

In this respect, the Estonian prime minister reiterated his country's support for the implementation of development projects, noting that the Republic of Moldova continues to be among the priority states in the Estonian assistance program for cooperation.
loading...
AFLĂ imediat Știrile Publika.MD. Intră pe Telegram