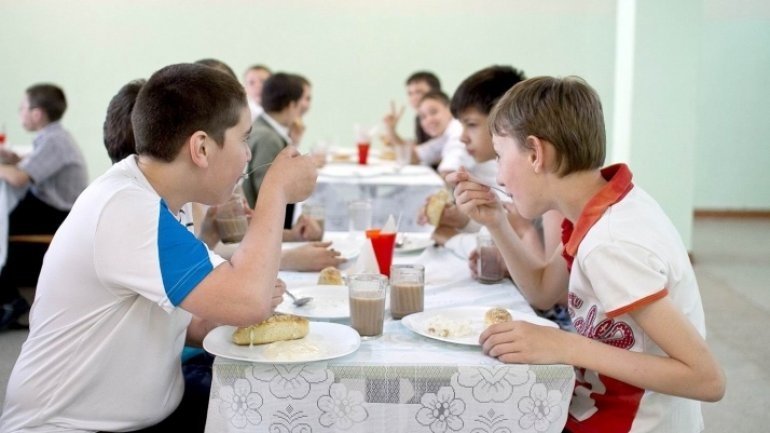 These solution are a few of the Education Ministry's proposals that could be implemented to address the issue of nutrition in schools and kindergartens. They were presented today to Parliament's Agriculture Committee, which held hearings on the subject.

According to Education Ministry, it's possible to contract catering services from restaurants, cafes in localities where lots of educational institutions locate.

In small villages, it's proposed to merge food blocks which belong to schools, kindergartens.

In order to determine the effectiveness of solutions, Education Ministry has proposed Unicef to carry out a study.

"It needs at least a year to carry out a pilot. After adjusting, we'll improve the project at national leve, filter, select which will be better applying for our institutions," said Deputy Director Ministry of Education, Mariana Goraş.

The National Public Health Center disagrees with the idea of involving catering services in educational institutions. Instead, they opt for combining food blocks.

"Today we have 85% of the schools with food blocks in the country, the kindergartens are 100% secured. Indeed, it's undoubtedly better to prepare there in small village," said CNPR General Director Iurie Pânzari.

However, deputies are dissatisfied that identifying a solution takes too long.

Following hearing, a report will be drawn up based on which hearings in Parliament's plenary on this subject will be carried out.

On the other hand, school leaders in the country are doing their best to give pupils better conditions. At the Gymnasium in Jora de Mijloc village, the canteen was renovated from the institution's budget. Today, over 90 students will be able to have meals in a modern room.

The gymnasium canteen was built in Soviet times and has not been renovated ever since. From September 1, when the works began, students were eating in the halls.

"It was awkward, because I had to find time to bring food, we had to take care not to smear the notebooks, the books, and the rubbish on the bench," said the teacher of Jora de Sus Gymnasium, Ludmila Gondiu.

Soon the canteen will be equipped with modern equipment, donated by a charity association in the Netherlands.

"Let us donate here six stainless steel tables, right here where we are going to be an electric cooktop, above it will be a courage," said Lora Cicala, head of the Jora de Sus Gymnasium.