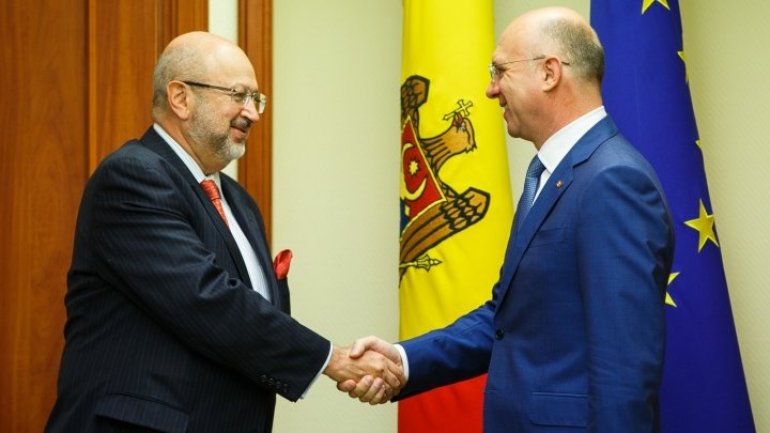 The protection and integration into society of ethnic minorities in Moldova was the subject discussed by Prime Minister Pavel Filip and OSCE High Commissioner for National Minorities (HCNM), Lamberto Zannier.

The Head of the Executive appreciated the support offered by the HCNM Office in promoting intercultural cohesion in our country and the policies of supporting national minorities.

At the same time, the prime minister confirmed the Government's willingness to implement the strategy in strengthening of inter-ethnic relations in the Republic of Moldova for the years 2017-2027.

The document will be produced through 3 Action Plans, which are developed by the Bureau of Inter-ethnic Relations with the support of the foreign partners, particularly the OSCE.

"The assistance and expertise of the OSCE Office for National Minorities is very valuable to us," pointed out Pavel Filip.

In this context, the Prime Minister mentioned strengthening the capacity of the Bureau of Inter-ethnic Relations, following the Government's reform.

The officials also discussed the situation of the Gagauz and Bulgarian ethnicities in the Republic of Moldova.

The prime minister said that the UTA Gagauzia is a government's official member and one of the Government sessions took place in this region. As a result, a priority action plan has been approved to improve the socio-economic situation in the region.

Priority will be given to investment in education and the creation of conditions for ethnic minority representatives to study the state language. This is a key element for the integration of ethnic minorities into the society of the Republic of Moldova.