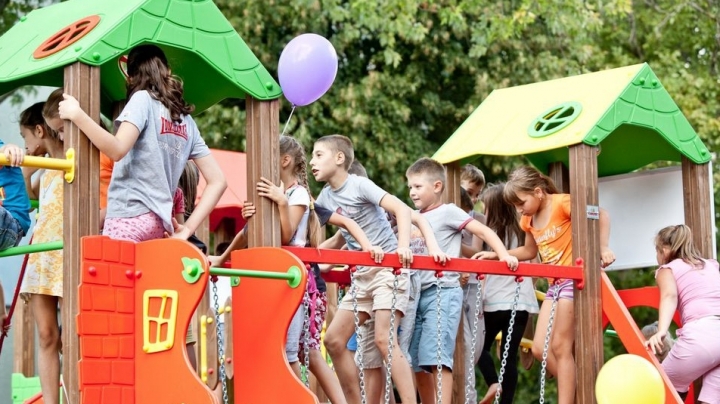 From now on, children of many neighborhoods in Ciocana and Botanica sectors can play on modern playgrounds set up near kindergartens and the blocks of flats where they live. This was possible in the framework of the project “Edelweiss Parks”, launched by Vlad Plahotniuc’s Edelweiss Foundation. The playgrounds are equipped with brand new swings and slides.

A new playground was set up near a kindergarten in Ciocana sector. Until now, the children had to leave far from home in order to play.

Another playground was set up in Botanica sector, in a park at the intersection of Cuza Voda and Sarmizegetusa streets.

Parents say that thanks to the new playground, they will spend a lot of time outside with the children.

“You can see that the old equipment is broken. We are thankful that the children can benefit from a new playground. It is a big joy for them.”

“It is very good that is was set up for children. Now the children have a place to play on, won’t hurt themselves.”

“I have two children at home and I am very glad, here always was needed such a playground.”

The project regarding the setting up of playgrounds was launched by Vlad Plahotniuc’s Edelweiss Foundation.

Until now were launched 14 playgrounds, and in the framework of the campaign also have to be set up other 26 fields in many localities of the country.