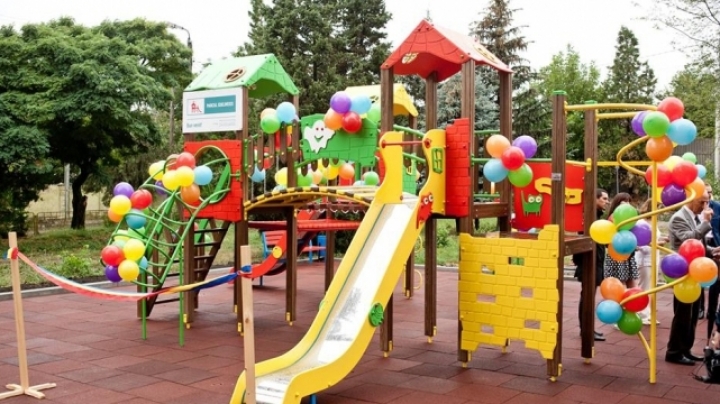 The kids from the central town of Călărași now have a place to have fun at. A new playground has been inaugurated for them, as part of the Edelweiss Parks project, unfolded by Vlad Plahotniuc’s Edelweiss Foundation.

Neither the rain, nor the wind could stop the curious children from the town to try on the new cradles and toboggans.

Violeta Fîntînar says she had to take her son for a walk in the park which is far from her house: "We’re impressed. Well done. It’s such a nice playground and the mothers and less worried. We, the parents, must also contribute, educate the children not to break this equipment."

Mayor Nicolae Melnic says there have been but three playgrounds in the town: "It’s a big holiday. I would like to thank the Edelweiss Foundation. This is the nicest playground."

"We plan to inaugurate 40 playgrounds in all Moldova. This playground is endowed with modern, safe equipment," said a representative of the Edelweiss Foundation, Daniela Caraiman.