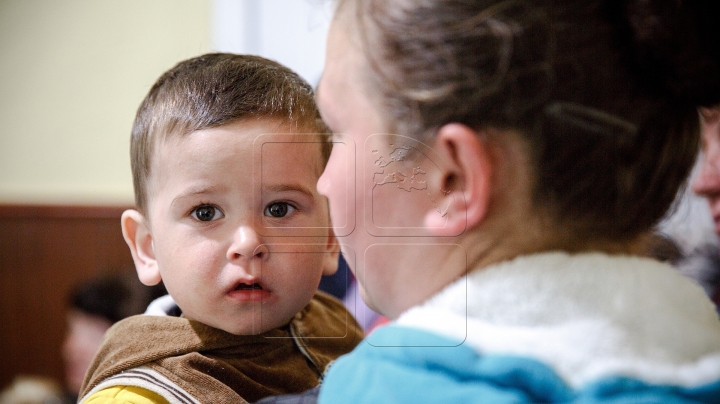 Hundreds of children from the whole country have the chance to receive free and qualitative medical checks. The "Pediatric Office" was yesterday in Mincenii de Sus village, Rezina district.

There, tens of children were examined by a team of physicians, which have found a series of severe illnesses.

The action is done in the framework of campaign "Moldova's Rebirth" of "Edelweiss" Foundation, founded by Vlad Plahotniuc.

Over 70 kids went to the pediatric office. After the examination of one boy, physicians found that he has a severe disease. His mother did not even suspect these health problems.

Physicians say that they see tens of kids with various illnesses on a daily basis. In critical cases they make sure all safety measures are taken care of.

Until now, more than 2000 kids have been examined. Until fall, the pediatric office "Moldova's Rebirth" will reach tens of localities in the country. The action is done within a new campaign of "Edelweiss" Foundation, organized in a partnership with Ministry of Health.