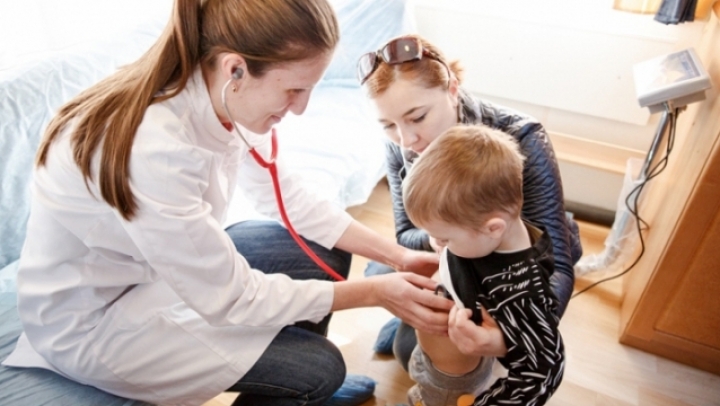 The ‘Pediatric Office’ was today in Romăneşti village of Străşeni district. The physicians have checked children for free and have discovered scores of diseases.

Over 60 kids have defeated their fear and have got examined.
"The causes of the illnesses are many," says pediatrician Dorina Agachi, “lack of information and direct dialogue with a specialist, lack of healthy feeding. Many parents are not aware of some well-known standards."

And the villages are appreciative of the physicians’ work:

"It’s very good, they behave very nicely, I liked it. They’ve told us to go to the family doctor, there is a problem in the tonsils."

"They’re very welcome. The transport and money are quite a problem. It’s a charity to check children for free. We’re glad. We lack physicians."

"It’s very good for the mothers with little children who cannot go to a hospital in the city."

As many as 1,800 children have been examined in the campaign, as ‘the Pediatric Office’ will reach tens of Moldovan villages till autumn.

The action is a partnership with the Health Ministry and is part of the Moldova’s Rebirth campaign unfolded by the Edelweiss foundation, founded by Vlad Plahotniuc.