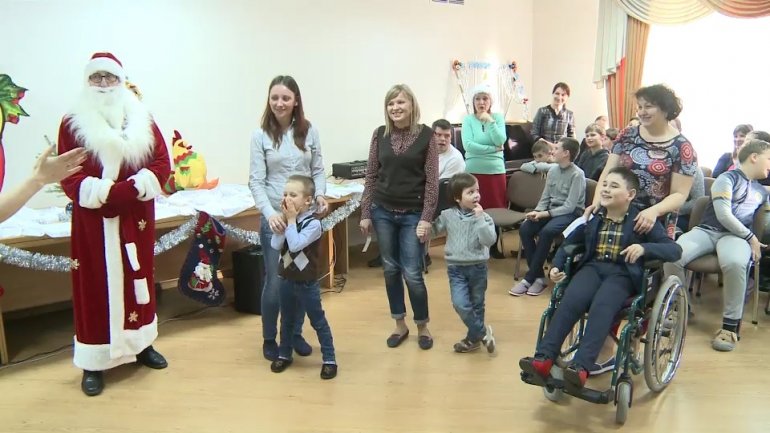 Vlad Plahotniuc's Edelweiss Foundation organized an unforgettable Christmas party for the children from the Republican Children Rehabilitation Centre from Chisinau. In a sign of gratefulness, the patients sang, danced, and told poems.

The participation of the children from the Republican Rehabilitation Centre is a true act of heroism. Each of them was diagnosed with neurological diseases - cerebral paralysis, epilepsy, lack of attention. But all of them showed a lot of talent.

At the end of the party, the representatives of Edelweiss foundation offered gifts to the little patients.

The doctors say that the positive emotions are helping in the kids' treatment.

"For our children, the positive emotions have a special role, it is a process which is included in their treatment, in their daily rehabilitation therapy" declared the pediatrician Maria Arventi.

"This is one of the few occasions they have for socialization and to see other children and to even see Santa Claus. We thank Vlad Plahotniuc's Edelweiss Foundation" said the deputy director of the Rehabilitation Centre, Ala Sirec.

It is not the first time the Edelweiss foundation is organizing charity actions for the patients of Republican Rehabilitation Centre.

Last summer were organized therapy courses with dolphins with a group of children.