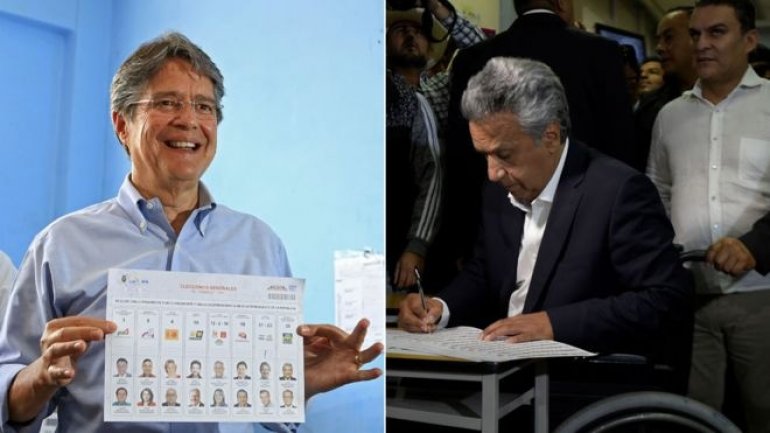 Partial official results in Ecuador's presidential election have put ruling party candidate Lenin Moreno in the lead - but he may face a run-off, BBC reports.

Left-wing incumbent Rafael Correa is standing down after leading the South American nation for a decade.

Mr Moreno has just less than 39% of the vote with conservative Guillermo Lasso on almost 29%, based on 82% of returns.

To avoid March's run-off, a candidate needs 40% and a 10-point lead over their nearest rival.