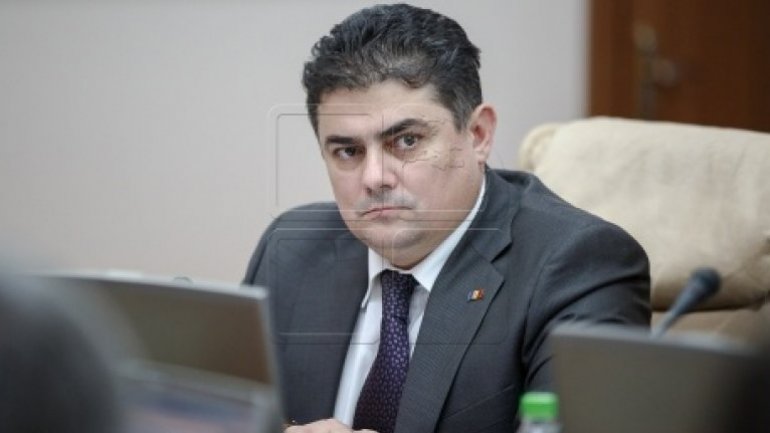 Moldova's economy is in a phase of stable growth. The announcement was made by Minister Octavian Calmac, who presented the results of first three quarters at a press conference:

"Even if at the beginning of the year, the national and international experts foresaw a bad situation for Moldova, you know that all those forecasts were confirmed to be much worse than the realities that are in the country. At the moment we are registering a growing economic trend."

According to Minister of Economy, in the third quarter, the national GDP grew by over 6.3% and the last last 9 months has registered an increase in GDP of about 3.3%.

The Minister also said that the depreciation of the national currency against the US dollar constitutes of 3.2%, one of the worst among indicators in recent years.

As related to foreign trade, the Ministry of Economy has managed to recover trends, Moldova being found currently on an upward trend of export growth in the last 6 months.

"Earlier it was established the achieve of an export growth of 5%. However it is expected that exports will continue to grow in the last quarter of the year" , said Calmic.

The agricultural sector has reached significant levels of performance in 2016, with an increase of over 18.9% of agricultural production.

A decrease occurred in the investment sector, with about 17.6% over the same period of last year, through the politically unstable period the country went through.

The national average wage increased in the last nine months by 10.1% in nominal terms and 6.9 respectively in real terms being reached a salary of 5.170 lei.

Following an analysis of macroeconomic indicators, the Ministry of Economy consisted that Moldova goes through a year of economic recovery. Octavian Calmac is convinced that 2017 will be a year of more sustainable growth for all sectors.

We have a number of provisions to support small and medium enterprises and other related to export promotion. We are in an active program to improve the quality of infrastructure and improving of energy infrastructure, which is the base. We managed to negotiate and implement a new program with the IMF. That allowed us to reopen funding from other international donors. This result will allow improving energy infrastructure.

Octavian Calmac said that talks were launched in terms of extending trade preferences with other partners:

"We are in negotiations with Egypt and China, in order to sign acts which would allow free trade with those countries. It was also relaunched the dialogue with Russia, Ukraine, Belarus, Romania and predicted growth in terms of volume of exports."
AFLĂ imediat Știrile Publika.MD. Intră pe Telegram