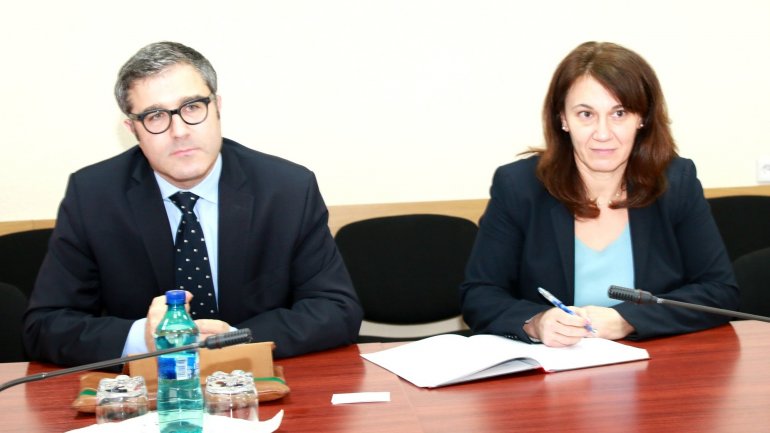 The developments of the national economy from the last time, energy sector reforms, regulation of state-owned enterprises and privatization programs implemented by the Moldovan authorities were discussed by Deputy Prime Minister and Minister of Economy Octavian Calmac with the team of experts of the International Monetary, which are in a working visit in our country between February 16 to 28th.

During the dialogue, Octavian Calmac did a review of the latest developments in the economy and the progress achieved by the authorities in implementing the IMF program, presenting economic results in 2016 and macroeconomic forecasts for 2017 issued by the Ministry of Economy, authorities' actions to modernize the energy sector, including the legal framework.

The interlocutors exchanged views on the objectives assumed by Moldova in implementing the IMF program agreed on a deeper analysis in meetings, to be held during the assignment.

The team of experts from the International Monetary Fund was led by Ben Kelmanson that took over as head of the IMF mission since January.