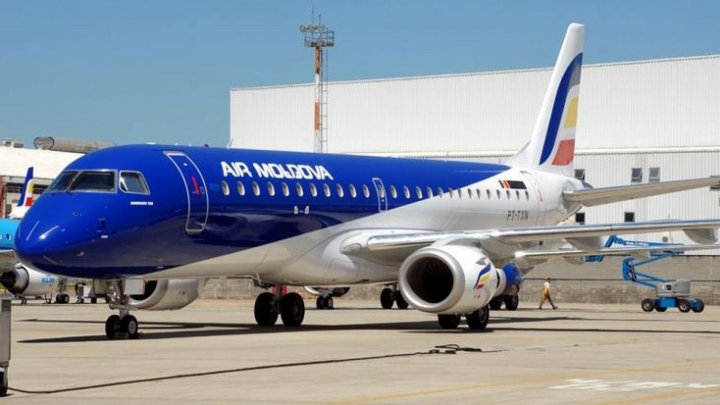 Air Moldova was offer for sale with the debts of 1.2 billion lei. The starting price for the auction is 48 million lei. Economy Minister Chiril Gaburici explained that the state is selling Air Moldova for financial losses and hopes that it will attract investors that will develop the company and passengers will benefit from better services.

According to the Public Property Agency, Air Moldova's debt has increased from year to year and has reached 1.3 billion lei.

"The losses continue from year to year. We don't run the business as the private companies do", said the Minister of Economy and Infrastructure.

Tender bids can be submitted by September 4th. The contest will be held from 4 to 7 September. Chiril Gaburici mentioned that the one who will buy the company will pay all its debts.

"Its privatization will give new impetus to the air transport sector. I am confident that they will come up with investments, who will be the winner, and will boost the sector and we will all benefit," said Chiril Gaburici.

The Air Moldova fleet has six planes and operates direct flights to 33 destinations in Europe and Asia. The company accounts for almost 50 percent of the passenger flow from Chisinau Airport.

"This is the need for fleet modernization and there is probably a need for additional financial resources", said Radu Bezniuc, director of the Civil Aviation Authority.

The company was founded in 1993 and has 573 employees. In 1999, the criminal fugitive Victor Țopa unlawfully privatized Air Moldova. Later, when Vladimir Voronin was president of the country, the company returned to state ownership.