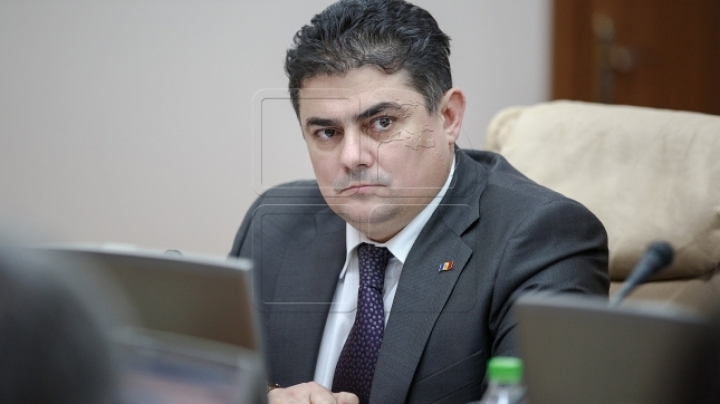 The citizens won’t pay a leu to make up for the money stolen from the banking system. Neither will they pay bigger taxes, as the rumor goes. The statement was made by Economy Minister Octavian Calmîc at yesterday’s talk-show Fabrika, on Publika TV.

"There is no physical or valuable debt on the people’s shoulders. It’s the Government’s debt to the National Bank, that money is to be replaced. There will be no new tax, or tax rise," Calmîc said.

The deputy Prime Minister said the Cabinet’s decision to a transform a part of the bank fraud to state debt was balanced and negotiated with foreign experts. While the Government’s assuming responsibility for this law will enable it to unlock the foreign financing.

"In 2014, in 2015 we discussed two scenarios with the IMF: to lay these loans on the National Bank or on the state budget. In, in order not to fail both systems, the most reasonable decision was to lay it on the state budget," the Economy Minister said.

A human rights activist, Sergiu Ostaf, said all the rumors about recuperating the money had been launched to manipulate the public opinion: "A healthy alternative would be reasonable, depending on consequences, effects, criteria. It’s an idea thrown, irresponsibly, into the public space, without showing the ends.”