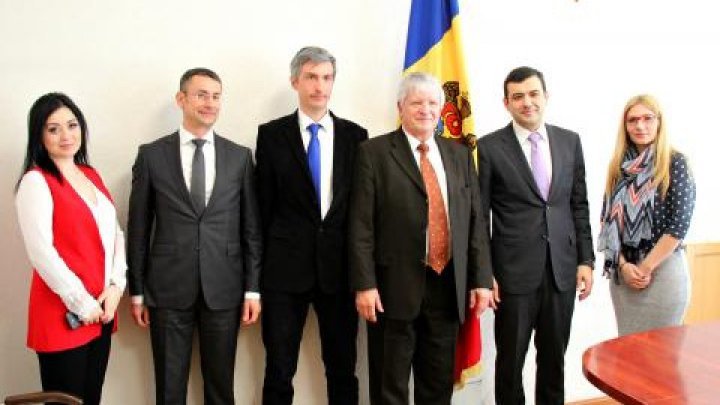 Minister of Economy and Infrastructure, Chiril Gaburici, met today with the former German Federal Ambassador in our country, Lerke Wolfgang.

During the meeting, officials discussed trade-economic relations between the two countries, expanding bilateral cooperation and taking over German experience in the field of energy efficiency and information and communication technology.

Chiril Gaburici appreciated the constant support provided by the German Federal Republic (RFG) for developing and modernizing the Moldovan economy, modeling the processes needed for economic reforms, and attracting German investors to the national economy. In this context, the Minister of Economy and Infrastructure thanked ex-Ambassador Lerke Wolfgang for his work and involvement during his mandate.

Also, the Minister of Economy and Infrastructure pointed out that Germany is one of the most important economic partners of Moldova, being the fifth country in the top investors.

"The development of Moldovan-German sustainable relations is a priority for the ministry. We appreciate the decision of the German authorities to keep Moldova on the list of beneficiary countries of assistance provided by the Government of the Federal Republic of Germany through the Federal Ministry for Economic Cooperation and Development.

"The German Society for International Cooperation (GIZ) is a key partner for the Government of Moldova in implementing reforms, "said Minister Chiril Gaburici

In turn, Lerke Wolfgang stressed that Germany is advocating for the continuation and strengthening of trade with Moldova. The ex-German Ambassador welcomed the work of the Ministry of Economy and Infrastructure, reiterating the good collaboration he had during his mandate.

According to official information, 429 enterprises with German capital amounting to about 6.9 billion lei are active in Moldova. The volume of foreign trade of Moldova with the Germany in 2017 increased by 25% compared to 2016.
AFLĂ imediat Știrile Publika.MD. Intră pe Telegram