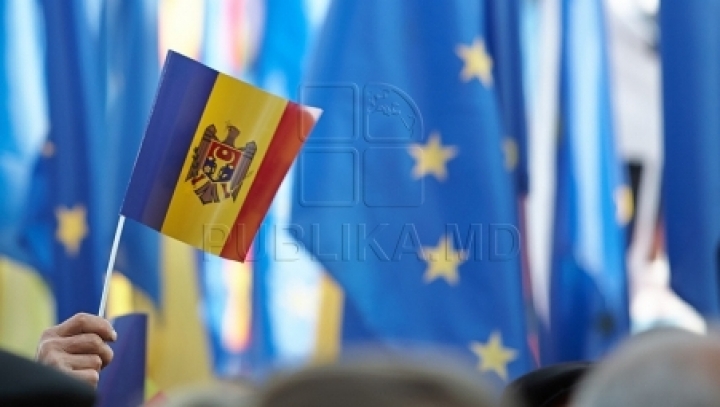 Moldova’s nearing the European Union will to even a bigger increase in the volume of Moldovan goods delivered to the Western market. Now, about 2/3 of the Moldovan exports go to the EU, up 16 % compared to 2014, before signing the Free Trade Agreement with the European Union. The statements were made by Economy Minister Octavian Calmîc, as he and colleagues from the Cabinet and PDM MPs attended a series of meetings with citizens, with the campaign "Together we are stronger."

The European Caravan also stopped at a furniture factory in Chisinau. The company exports 30 % of its output, of which over 20 % reach the EU market. The factory managers now think not only of raising the production, but also of renewing the equipment.

Representatives of the Democratic Party have told the employees that getting closer to the EU will bring new investments and opportunities.

"The exports grew over 16%, as the goods exported to the EU rose to 64 % in ratio. That means 2/3 of the gopods produced in Moldova are sold on the markets of the EU countries," Octavian Calmâc said.

The European Caravan halted in Truşeni commune of Chişinău municipality. This locality has implemented several projects with EU money.

"We have found perfect understanding on behalf of the Truşeni villagers. Moldova’s getting near the large European family will bring them qualitative water, a sewage system, a better life standard. That’s actually what they want," said Democratic legislator Valentina Stratan.

The goal of the "Together We Are Stronger" campaign, unfolded by the PDM in Moldova’s districts, is promoting the European values and the European integration option in Moldova.