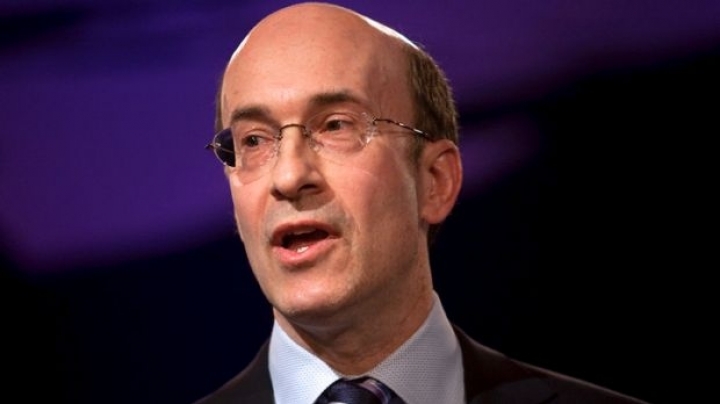 The former chief economist of the International Monetary Fund has told the BBC a slowdown in China is the greatest threat to the global economy.

Ken Rogoff said a calamitous "hard landing" for one of the main engines of global growth could not be ruled out.

"China is going through a big political revolution," he said. "And I think the economy is slowing down much more than the official figures show."

Mr Rogoff added: "If you want to look at a part of the world that has a debt problem look at China. They've seen credit fuelled growth and these things don't go on forever."

Last week, the Bank of International Settlements, the global think tank for central banks, said that China's credit to GDP "gap" - which analyses the amount of debt in an economy relative to annual growth - stood at 30.1%, increasing fears that China's economic boom was based on an unstable credit bubble.

The figure was described as "very high by international standards" by the Financial Policy Committee of the Bank of England, which will now test British banks' exposure to a Chinese slowdown.

British banks have $530bn worth of lending and business in China, including Hong Kong. That is about 16% of all foreign assets held by UK banks.

"Everyone says China's different, the state owns everything they can control it," Mr Rogoff, now Professor of Economics at Harvard, said.

Mr Rogoff said that European economies and the US had to ensure they were "on their feet" before any slowdown started to bite.