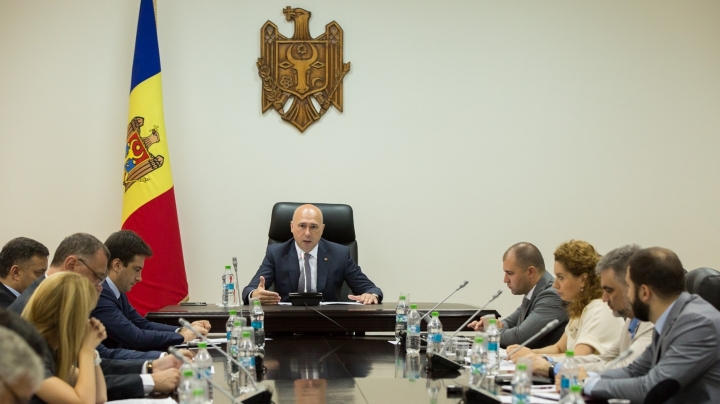 The Economic council, coordinated by the prime minister Pavel Filip, will have a working group for investment attraction. This subject was discussed today at the second meeting of the Council.

The other two working groups are “Elimination of confinements in entrepreurship” and “Easing of Transboundary Commerce”.

The participants at the meeting discussed a series of problems and examined many solution proposals. One of the main subjects discussed was the importance of the development of work force and the enhancement of the motivating level of human resources and professional capacities.

Also were discussed aspects regarding the liberalization of job market, development of a healthy competitive environment, and the possibility of optimization of social payment system, as a fighting measure against underground economy and the legalization of salary funds.

In this context, the prime minister has stressed out the importance of the activity of the Economic council initiated in March 2016 and its role in the activities done by the Government in order to ensure an attractive business environment in Moldova. For this, the prime minister has insisted on the role of the Council especially in the case of eliminating the enforcements which are stopping the development of the private sector.

Pavel Filip had insisted that all problems discussed in the Council should have a constructive approach, and its members to form a unified team, which has common objectives and contributes to the fulfillment of the pointed objectives.

Also, the prime minister talked about the new structure of the Economic council and about the way this body works after its reform.

The prime minister also announced that the team of the Economic council Secretariat, which activates with the financial support of the European Bank for Reconstruction and Development, was completed with other two experts, and recently was started the competition for the position of Chief of Secretariat, so that, in the shortest period of time, the team should be completed with professionals who will bring an additional high-level value for the activities of the Economic council.