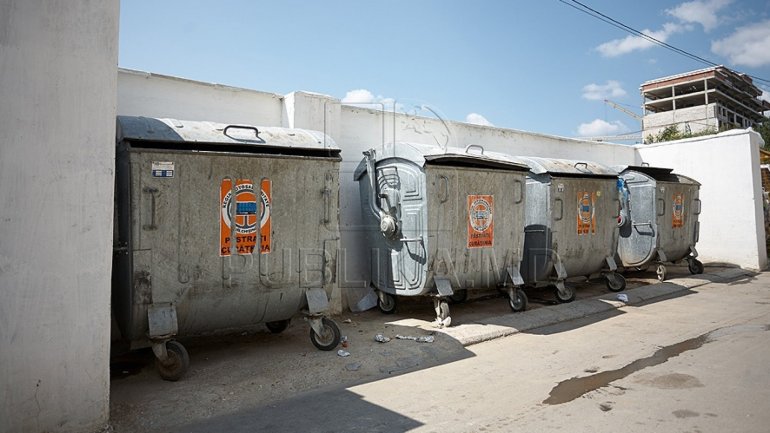 Local authorities from Bălți requested economic agents and representatives of tenant associations from the city to purchase new dumpsters from their own pockets. As the municipal enterprise that is now collecting the waste lacks the money for it.

"Do not wait for someone to bring you dumpsters. Take care of your own problems! We don't have the means to solve it" deputy Mayor of Bălți, Leonid Babii declared.

The deputy Mayor's request has displeased some entrepreneurs, who claim that they cannot make such purchase.

"I believe 80% of economic agents will not afford to purchase those dumpsters. They will have to starting bringing shovels to collect waste from the street. Not everyone has six, seven thousand lei to spend for this. We cannot afford to acquire dumpsters every time they change the company offering this service" administrator of an automobile repair shop, Alexei Conovalov explained.

Moreover, the entrepreneur who owns for many years an automobile repair shop in the city, claims that for the past 15 days the company taking care of waste ignored its duties.

"We have a contract. Until New Year's the old company took care of the trash. After that, nobody came by to take the waste. It is unhygienic. Our clients are shocked" Alexei Conovalov said.

Some presidents of tenant associations also claim that they don't have the means to purchase dumpsters.

"We need seven dumpsters and only one costs seven thousand lei. With the delivery fee, we need around 50 000 - 60 000 lei that we don't have. Nobody will offer us a loan, because we don't have any lien"  president of a tenant association, Iacob Cuciuc explained.

The issue appeared last month, after local authorities have annulled the contract with the company taking care of the waste in the city for the last four years. Shortly after, the economic agent took back all the dumpsters that belonged to it.