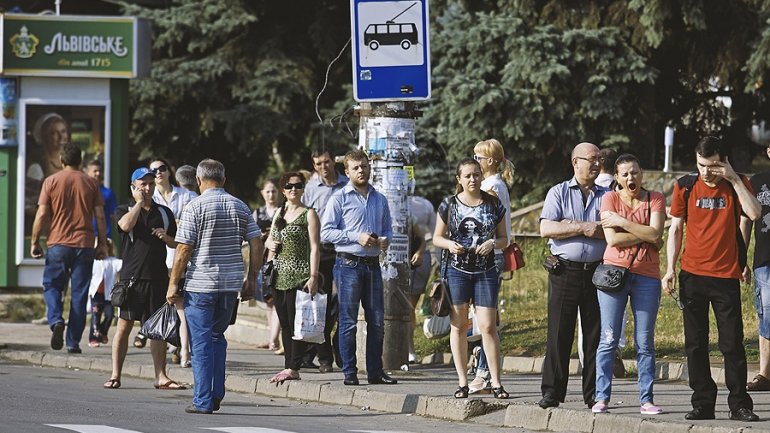 Only 10% of Moldovans think that corruption levels in their country have dropped over the last four years, below the Eastern Europe and the Caucasus (EEC) average of 16%, the European Bank for Reconstruction and Development (EBRD) said on Tuesday.

The percentage of Moldovans considering that corruption levels are lower is in line with the opinion of respondents in Italy and is lower than the transition region average of 23%, the EBRD said in the 2016 edition of its Life in Transition Survey, which covers 34 countries, mainly in transition, in central and eastern Europe, Asia, as well as Turkey.

The survey also covered Cyprus and Greece for the first time. For the sake of comparison with more prosperous western neighbours, the survey was also carried out in Germany and Italy.

Moldova has been trying to cope with a major banking crisis since November 2014, when about $1 billion (942 million euro) went missing from three of the country's banks. The sum was equal to about 16% of the impoverished ex-Soviet state's 2015 gross domestic product.

According to the EBRD survey, only 8% of Moldovans believe that the economic situation in the country was better in 2016 than it had been four years ago, when the previous EBRD survey on the matter had been conducted.

Also, just 4% of Moldovans think that the political situation in the country improved in the last four years.

Only one in five respondents in Moldova believes that their households lived better in 2016 than they did in the four years prior to the survey. In addition, 17% of respondents report that they are satisfied with their current personal financial situation, a number significantly below the transition region average of 31% but on a par with the regional average of 17% for EEC.

Life satisfaction in Moldova is the second lowest in the transition region. It has dropped by 6 percentage points since the last survey round, from 30% in 2010 to 24% in 2016, and it is now 19 percentage points below the transition region average. The decline in life satisfaction was especially pronounced among respondents aged 18 to 39, EBRD noted.

Data also showed that there is a positive correlation between reported life satisfaction and one’s income bracket, as 47% of those in the upper income group report being satisfied with their life as opposed to only 18% of the poorest respondents.

Optimism in a better future for the younger generation has dropped by 8 percentage points since 2010 and remains below the average for the transition region of 50% at 34%.

Also, support for democracy has weakened since the last survey, from 53% in 2010 to 43% in 2016. About 30% of respondents express indifference as to the type of political system that should prevail in Moldova, while one in three respondents would favour, under some circumstances, authoritarianism, SEENEWS writes.