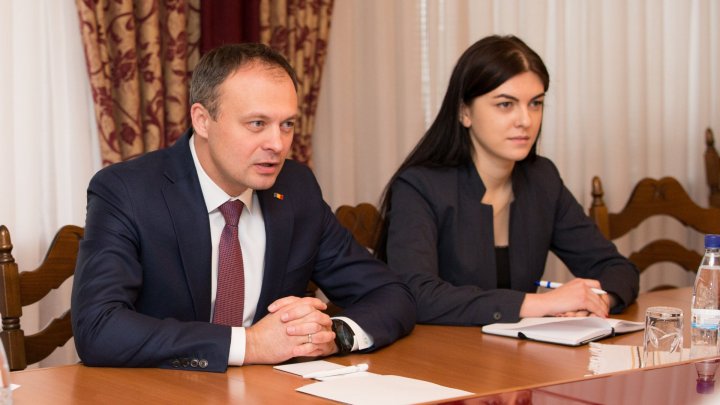 Annual investments of EBRD into Republic of Moldova have reached an historic high. European Bank for Reconstruction and Development appreciates latest developments and improvements from Republic of Moldova, encouraging authorities to continue implementing reforms.

The announcement was made during a meeting of President of Moldovan Parliament Andrian Candu with EBRD President, Suma Chakrabarti, who is currently visiting Chisinau.

President of Moldovan Parliament has prioritized the increased capacity to absorb funds and relaunching infrastructure projects, in area of energy, transport, water, gas, sewage, as well as developing democracy and ensuring transparency.

"We plan to turn Republic of Moldova this year into one big construction site" Andrian Candu said.

At the same time, the official spoke of the adopted new laws meant to ensure consolidation of the banking system and make Moldova more attractive for investors.

President of Moldovan Parliament has also empathized on the importance of developing democracy and ensuring transparency.

EBRD has financed our country with 130 million euro for the development of the private sector and infrastructure.

Since it begun activating in Republic of Moldova, EBRD has financed 122 projects worth over 1.2 billion euro. EBRD's current investment is of 581 million euro, out of which 69% is invested into infrastructure, 13% in the energy sector, 10% in industry, trade and agrifood, 8% in financial institutions.