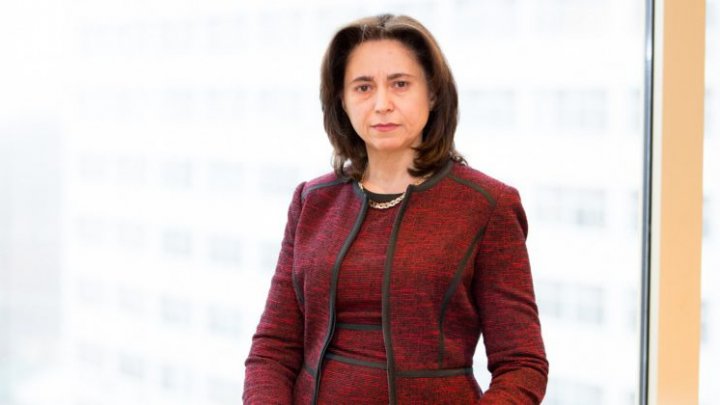 The EBRD has appointed Angela Sax the new head of office for its operations in Moldova. Mrs Sax was introduced to the local authorities today by EBRD President Suma Chakrabarti during a visit to the capital Chisinau. She will take up her new post in April 2018.

Angela Sax joined the EBRD Resident Office in Armenia in May 2006 where she has worked on a variety of projects in municipal infrastructure, property, manufacturing, agriculture and other industries. One of the projects Mrs Sax worked on as a senior banker was the EBRD investment in the modernisation of Yerevan’s metro. Most recently she served as the acting head of the Bank’s representation in Armenia.

“I am grateful and excited to take on this new role for the EBRD,” Mrs Sax said. “Moldova is a fascinating country and I see my role as fostering the talent and bringing the potential to blossom. Building on the achievements of my predecessor Dimitri Gvindadze, we will continue to support Moldova with investment and policy engagement to ensure the funding we can provide is used in the most effective and efficient way.”

Mrs Sax graduated from Yerevan State Foreign Language University and holds an MBA from Nottingham University Business School. She is a participant of the 2004 Senior Executive Fellows leadership programme at Harvard University KSG. Prior to joining the EBRD, she worked at the Armenian Tourism Development Agency and the US-based private sector development company Sibley International Corporation.

In Moldova, Mrs Sax will replace Dimitri Gvindadze, who is now the head of the EBRD office in Armenia. During his tenure in Moldova, the Bank has seen a strong increase in lending with an all-time high of €130 million last year alone.

The EBRD also managed to orchestrate a breakthrough in the banking sector in January 2018, when Banca Transilvania became a shareholder in Victoriabank in the first investment in Moldova’s banking sector in 10 years, following the introduction of international transparency standards and best practice at Moldova’s third largest lender.

EBRD President Chakrabarti is visiting Chisinau today to build on the latest achievements and call on the authorities to redouble their efforts to transform Moldova.