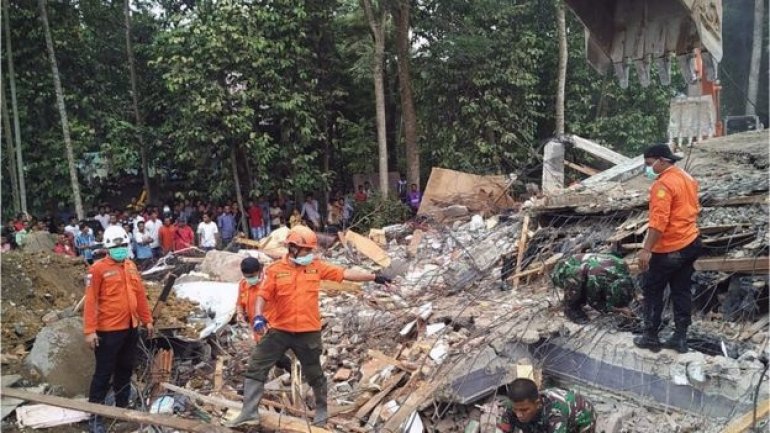 The magnitude 6.5 quake struck just off the north-east coast of Sumatra island, where dozens of buildings have collapsed and many people are feared trapped under rubble.

Indonesia's meteorological agency said there was no risk of a tsunami.

In 2004, Aceh was devastated by a tsunami that killed more than 160,000 people in Indonesia alone.

Said Mulyadi, deputy district chief of Pidie Jaya, the region hit hardest by the quake, told the BBC's Indonesian service that the death toll could rise.

He told the AFP news agency that several children were among the dead and that local hospitals had been overwhelmed.

Heavy equipment is being used to search for survivors, but Puteh Manaf, head of the local disaster management agency, told BBC that more people were needed to help because some staff were busy helping their own families.

Indonesia is prone to earthquakes because it lies on the Ring of Fire - the line of frequent quakes and volcanic eruptions that circles virtually the entire Pacific rim.

The island of Sumatra has been hit by several earthquakes this year.