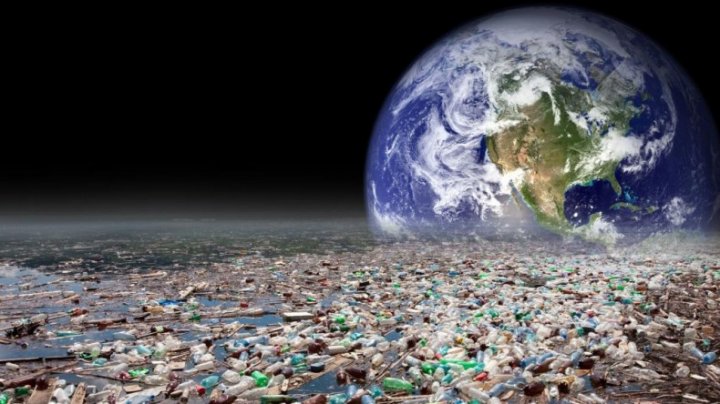 Chances are you've seen the photos of dead seabirds, their stomachs filled with scraps of plastic foraged from beaches and oceans around the world.

You've probably also heard of the microplastics polluting our seas: pieces of plastic that have been worn down by the elements into tiny fragments, smaller than 5 millimeters, that can harm fish and other wildlife.
But while marine plastic pollution has been studied for decades, the extent and effects of plastic pollution elsewhere is only just beginning to be explored.
In the past few years, scientists have found microplastics in our soil, tap water, bottled water, beer and even in the air we breathe. And there's growing concern about the potential health risks they pose to humans, writes CNN
Because research on microplastics on land and in freshwater is still in its infancy, there are no accurate figures on the extent of the problem, but some studies have suggested there are more microplastics on land than there are in our oceans.
Globally, more than 330 million metric tons of plastics is produced each year, leaving potential sources of microplastic pollution all around us.
Fertilizers are thought to be one of the leading contributors.
Sewage sludge -- the semi-solid by-product of sewage water treatment -- is used in many countries to fertilize agricultural fields. But the sludge can contain microplastics in the form of microbeads found in cosmetics that have been washed down the sink and clothing fibers that get flushed into sewage systems after synthetic clothes are machine washed.
Exactly what happens to these plastics once they're in the environment is largely unknown. "It's crucially important that we get a hold on what's happening on the land," said professor Anne Marie Mahon of the Galway-Mayo Institute of Technology in Dublin. She studies microplastic pollution and has found it in Irish tap water and well water. Other research recently found microplastics in bottled wateraround the world.
"It's vital we know if they travel over land," she said. "Do they stay in the top of the soil? Do they become integrated vertically into the soil column, in which case there could be a risk to groundwater?
"Even if they stay on the surface, they could be washed into streams when it rains. And even if they don't get washed into streams, there's still the potential for environmental impact, and then there's the whole terrestrial food chain."
Though there's little known about the effect on plants or on the wider food chain, studies have shown that earthworms exposed to microplastics in soil have increased gut inflammation, slower growth and higher mortality.
As well contaminating the land, microplastics have been detected in the air.
Professor Frank Kelly, director of the Environmental Research Group at King's College London, is researching the presence of microplastics in London's air.
"They're definitely present," he said. "The issue is at what concentration they're present in the air."
One source of airborne microplastics is the same fertilizers that contaminate the ground; as these fertilizers dry out, some of the plastics may get carried away by wind action.
And you can't avoid the plastics by staying at home: They've also been detected in indoor air.
"Inside modern homes there's lots of potential sources of plastic," Kelly said. "Potentially from erosion of synthetic carpets but also fibers could be released by putting on and taking off our clothes."
The big question is, what effect do these plastics have on humans? The short answer is, we just don't know, but scientists, including Kelly and Mahon, believe there is a potential health risk.
One risk stems from the fact that microplastics passing through wastewater plants can pick up harmful bacteria, which they can carry with them. If we ingest the plastics, we may ingest the bacteria.
Another is that plastics have a number of chemicals added at the manufacturing stage, and it's possible that these are released in the body.
"In sufficient concentrations the chemicals can injure and kill cells," Kelly said. "The cells may be replaced successfully, or they may not. [There could be] damage to protein and DNA and things like that. But at the moment, we don't know if this is happening."
And while microplastics are too big to be absorbed by our cells, if they become broken down into fragments in the nanometer size range, it's possible they could be absorbed in our circulatory system or pass into our organs, Mahon said.
But whether that's actually happening is another unknown.
It's one reason why scientists and environmental groups are saying there's an urgent need for more research.
And with global plastic production expected to triple by 2050, along with the fact that some plastics can take hundreds of years to biodegrade, microplastic pollution is a problem that isn't going away.
AFLĂ imediat Știrile Publika.MD. Intră pe Telegram