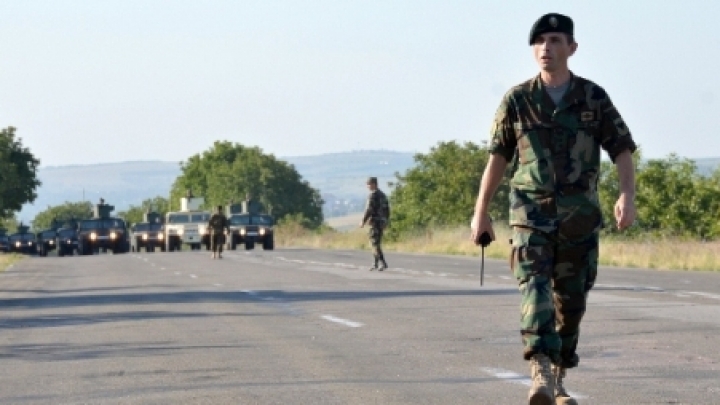 The Moldovan military are earnestly readying for the parade marking 25 years of Independence. This morning, they took out 30 vehicles and armament systems on the road leading to southwest.

Among the vehicles there are several who participated in special missions and applications in Romania, Poland and Germany.

Rehearsals with military equipment are schedule to take place every Wednesday and Friday till August 19.

The rain could not stop the military to get out for the eight-o’clock drills. The vehicles have gone in columns, as they will, on August 27, on the Great National Assembly.

Maria Golban, a student with the military Academy, will participate in the parade for the first time: "I had some emotions in the beginning, but now I am accustomed. Normally, it’s something new for me, but I learn a lot of new things."

The parade is going to be joined by foreign military contingents.