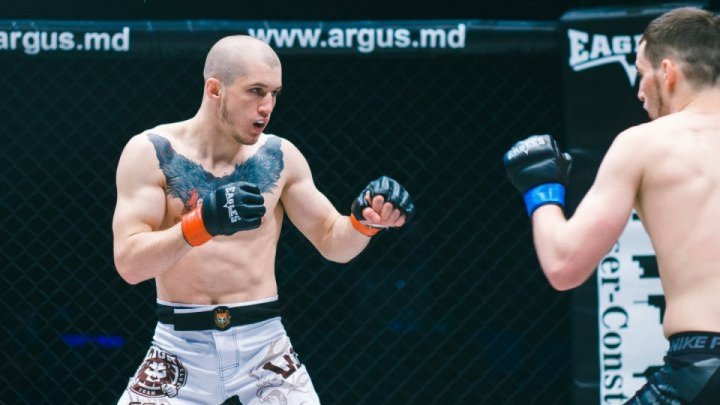 Mixed martial arts champion Gheorghe Lupu is determined to take revenge against Denis Palancica! The confrontation of the two Moldovan athletes is one of the biggest points of interest of the new edition of the Eagles Fighting Championship.

The competition will be held on May 26, in the Polivalent Hall of Chisinau.

Last year, Palancica defeated Lupu, and the in-flight champion belt for the weight category up to 61 pounds is now in play.

"He explained to me in a video that I have no chances in front of him. I do not consider myself as weak as I am, I trust in myself and I want to prove that his words are of no value," MMA fighter Gheorghe Lupu said.

"He's a strong opponent, but I know how to work to defeat him. It's been a year since our previous fight. I've grown up a lot, "said MMA fighter Denis Palancica.

Gheorghe Lupu already knows how to enjoy a victory and will make a 360 degree jump. He is accustomed to executing this process after victories.