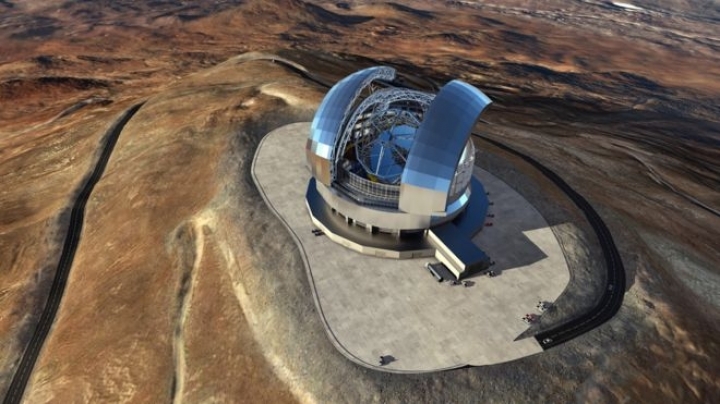 A contract has been signed that will lead to the construction of one of this century's key astronomical facilities.

The European Extremely Large Telescope (E-ELT) will be the biggest optical and infrared observatory ever built, with a primary mirror nearly 40 meters across, according to BBC.

The Italian-led ACe Consortium will manufacture, transport, and assemble the E-ELT's major structural elements - its support frame and protective dome.

It should enable the Chile-based telescope to see "first light" in 2024.

At €400m, the contract is the largest ever awarded by the European Southern Observatory - an intergovernmental organization that runs some of the world's largest and most advanced telescopes.

It has already had the top of the Armazones mountain in Chile's Atacama Desert levelled to receive the observatory. And commissioning steps have been made on the three initial instruments and adaptive optics system.

The E-ELT's 39.3m main mirror will be more than four times the width of today's best optical telescopes (antennas for radio telescopes are still very much bigger).

Its sensitivity and resolution should make it possible to image directly rocky planets beyond our Solar System.

The observatory should also be able to provide major insights into the nature of black holes, galaxy formation, the mysterious "dark matter" that pervades the Universe, and the even more mysterious "dark energy" which appears to be pushing the cosmos apart at an accelerating rate.