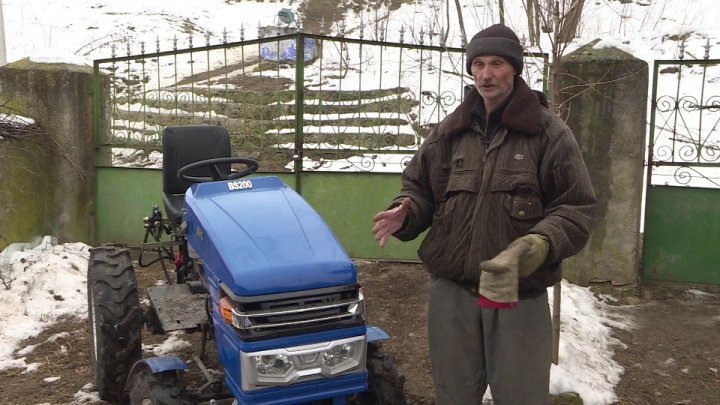 Dumitru Cuşnir, from Roşieticii Vechi, Floreşti district, accused a Chisinau online store of cheating him after the 40-thousand -lei tractor he ordered did not coincide with the original.

According to him, the wheels and milling were smaller than those indicated on the site, the front wings were different in size and the battery was tied to a wire.

He decided to get in touch with store representatives, and the answer disappointed him even more.

“They asked me to return the tractor and I said it will cost me over 1200 lei. I don’t have money to do it. I'm not that rich to bring the tractor to them and take it home".

Then, the man decided to file a complaint with the Consumer Protection Agency.

Within a few days, representatives of the online store contacted him and delivered other wheels to his home.

"I talked to the administration, but I can't give you an interview honestly. The problem was resolved", said the online shop consultant Tudor Cafcanari.