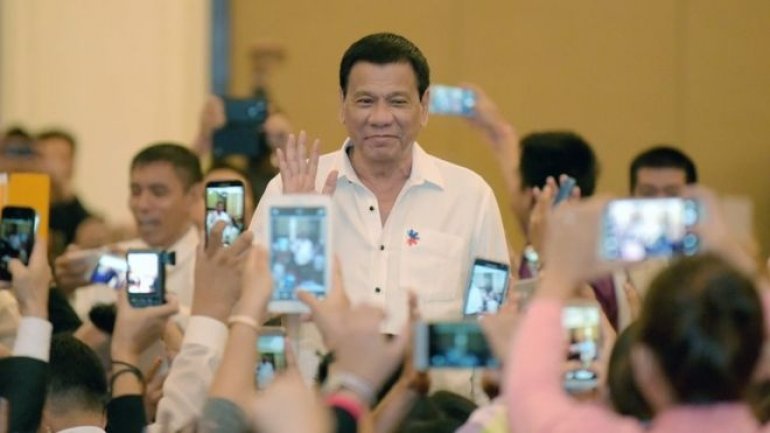 He ran the southern city for two decades, earning a reputation for cutting crime, and criticism for allegedly supporting death squads.

Mr Duterte was speaking to business leaders in the Philippines on Monday before going on an overseas trip.

It is the latest in a series of controversial and sometimes contradictory comments by Mr Duterte.

In his latest remarks he said he used to cruise around Davao on a motorbike at night, looking for confrontations where he could kill suspects, to demonstrate to police that they too could use lethal force.

It echoed comments he made in 2015, where he admitted killing at least three men suspected of kidnapping and rape in Davao.

But just hours before his latest comments, he insisted "I am not a killer", in a speech for The Outstanding Filipino Awards 2016.

Nearly 6,000 people are said to have been killed by police, vigilantes and mercenaries since Mr Duterte launched his drug war after being elected in May. He has expressed no regrets about the policy, once saying: "Hitler massacred three million Jews... There's three million drug addicts. I'd be happy to slaughter them."

Since the admission, he has visited Cambodia and will be in Singapore on Thursday.

Mr Duterte has repeatedly said he does not care about human rights and has suggested that lawyers defending drug suspects might also be targeted in his campaign, says the BBC's Jonathan Head.