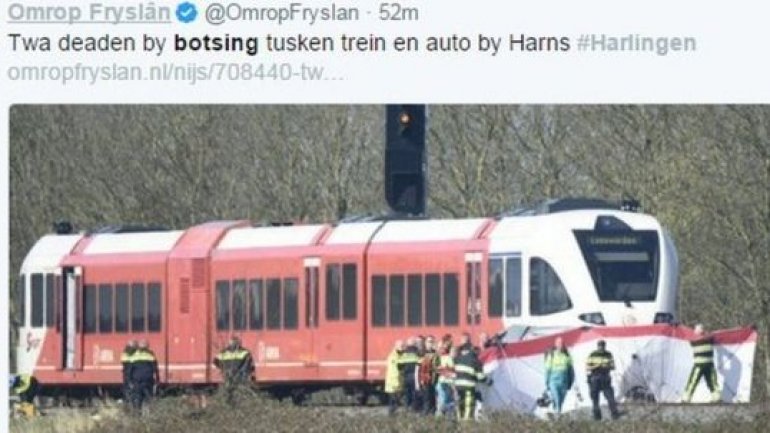 Two people have been killed in a collision between a train and a car near the Dutch town of Harlingen, according to BBC.

An adult and a child were killed when the car was hit on an unmanned level crossing and dragged for some distance along the track, reports said.

The car had just left a farm where a group of nursery school children had been to see new-born lambs.

There were no barriers on the private crossing but red warning lights would have been operating, local media said.

Around 20 children had been taking part in the trip to the farm, less than a mile from the Prins Johan Friso school.

Emergency services reached the scene quickly and tried to cut the victims from the wrecked car.