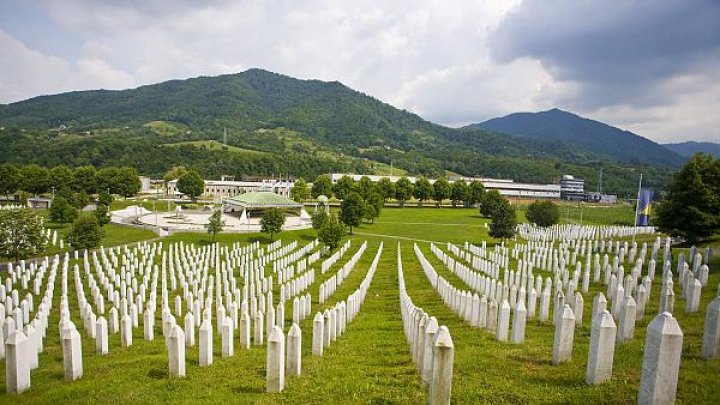 The Dutch Supreme Court ruled on Friday that the Netherlands is partially responsible for the July 1995 deaths of 300 Muslims in Srebrenica but lowered the amount of damages it will have to pay to victim's families, writes Euronews.

"Dutchbat (Dutch battalion troops) acted unlawfully in the evacuation of 350 men," the court found. "They took away the chance of the men to stay out of the hands of the Bosnian Serbs."

Relatives of the victims first sued the Netherlands in 2007, arguing the country should be accountable for the deaths of Muslim men in Srebrenica.

Dutch courts have since sided with victims' families but a 2014 ruling in the Hague limited the scope of the Netherlands' responsibilities to 350 men who were expelled from the Dutch UN base on July 13 1995 despite Dutch troops knowing they might get killed."

The court estimated at the time that these men would only have had a 30% chance of survival if they had stayed in the compound and said the Dutch state was thus liable for 30% of the losses suffered by their surviving families.

The Supreme Court, however, reduced the amount of damages victims' families can claim from the Dutch state to 10%.

Some 8,000 Muslims — mostly boys and men — were killed by Bosnian Serbs in the July 1995 massacre in Srebrenica, in the east of what is now Bosnia and Herzegovina.

The area had been declared a UN safe zone, prompting thousands of Muslims to seek refuge there when Bosnian Serb troops started engaging in ethnic cleansing.

But the enclave — including Dutch UN positions — was heavily shelled by Bosnian Serb troops who demanded Muslims give up their weapons and hand themselves over.

Outnumbered and too lightly equipped to deal with the onslaught, the Dutch UN peacekeeping force, known as the Dutch battalion or Dutchbat, requested air support but was denied.

A 2002 report by the Netherlands Institute for War Documentation found that the Dutchbat had been sent "on a mission with a very unclear mandate", that they had not had "adequate training" and that it had been deployed "virtually without military and political intelligence work to gauge the political and military intentions of the warring parties."

The entire Dutch cabinet resigned after the release of the report.

A Dutch court ruled in 2012 that the UN could not be prosecuted for failing to protect the thousands of Muslims.