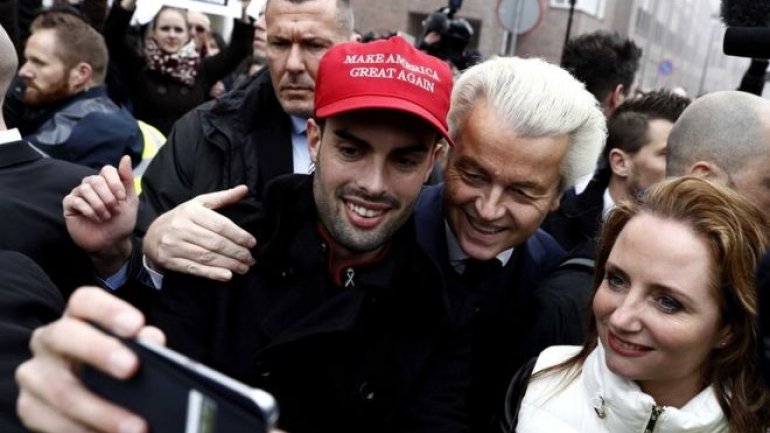 Mr Wilders tops opinion polls ahead of the 15 March parliamentary vote, but has seen his lead reduced in recent weeks.

He has vowed to ban Muslim immigration and shut mosques if he wins.

His latest comments come two months after he was convicted in a hate speech trial over his promise to reduce the number of Moroccans in the country.

Mr Wilders addressed his supporters on Saturday amid tight security in his party's stronghold of Spijkenisse, an ethnically-diverse area near Rotterdam.

"There is a lot of Moroccan scum in Holland who make the streets unsafe," he said. "If you want to regain your country, make the Netherlands for the people of the Netherlands again, then you can only vote for one party."

He emphasised that he thought "not all are scum".

According to the 2011 census, there were more than 167,000 Moroccan-born residents of the Netherlands, making up the third-largest group of non-EU residents, a figure that does not take into account second or third-generation Moroccans.