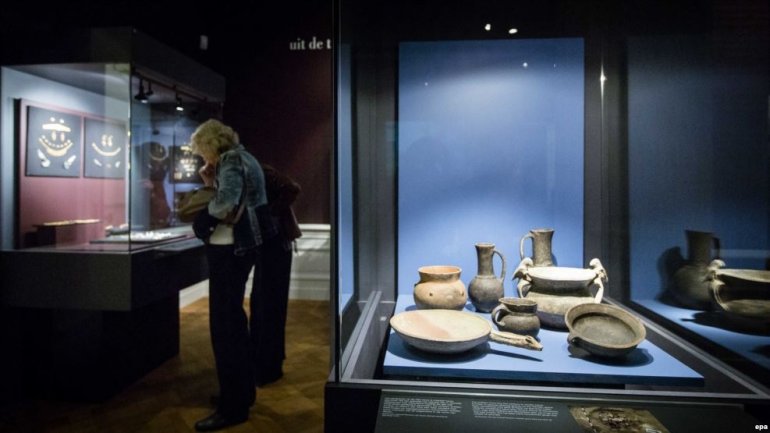 A Dutch court has ruled that a priceless collection of gold artifacts from Crimea that were on loan to a Dutch museum when Russia occupied the peninsula must be returned to Ukraine.

The court in Amsterdam decided on December 14 that Crimea was not a sovereign country and so could not claim the treasures as cultural heritage.

Kyiv and four museums in Crimea have been wrangling over the fate of the archeological treasures ever since Russia seized control of the Ukrainian peninsula in March 2014.

The treasures are in the Netherlands because they were borrowed from the four museums in Crimea and one in Kyiv for an exhibition in early 2014 at Amsterdam's Allard Pierson Museum.

The museums in Russian-controlled Crimea had said objects borrowed from them must be returned to them -- a claim backed by Moscow.

But Kyiv argued that the country of origin is Ukraine and that state property should not repatriated to territory now outside of the government’s control.