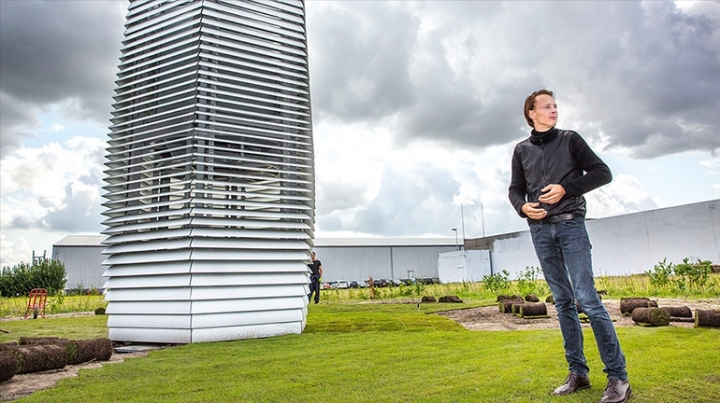 When artist Daan Roosegaarde visited Beijing in 2014, he was inspired by what he didn't see.

From his hotel room on the 32nd floor, his view of the sprawling Chinese capital was totally obscured by smog.

"It was all gone," Roosegaarde says. "The city was completely covered with smog."

Two years later, he is taking the world's largest air purifier on a tour of China.

The Smog Free Tower will create bubbles of clean air in inner-city parks and, Roosegaarde hopes, raise awareness of the dangers of air pollution.

The tower has just had a pilot run in Roosegaarde's hometown of Rotterdam, where his company, Studio Roosegaarde, is headquartered.

It had a surprising effect on the local environment. "For some reason, little rabbits find the space around the tower particularly intriguing. I don't know why. Perhaps they can feel the difference," he says.