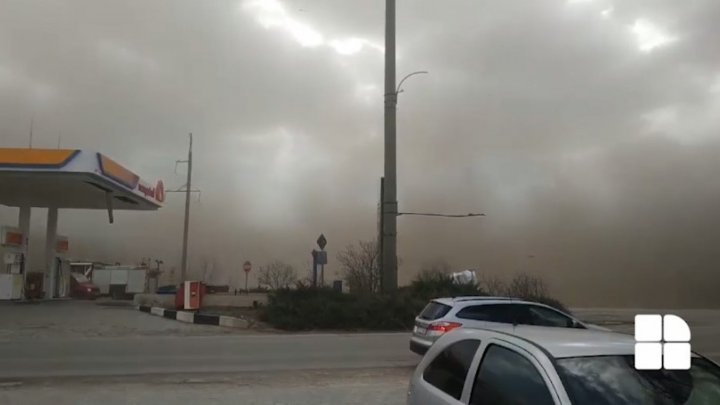 The first storm this week caused massive losses to our farmer in the north of country. They said their fields are covered with dust which could hinder them from developing normally.

Anisia Gîlcă has 500 hectares of different agricultural crops. The woman said she never had seen such phenomenon before. Almost one third of the organic wheat harvest is already destroyed.

Mihail Ivanov from Răuţel village, Falesti district also said 70 hectares of 185 hectares of wheat he has have been affected. If the plants don't grow normally in two week, he will replace with sow corn.

According to the Ministry of Agriculture, farmers have not asked for authorities' support.

"We don't think the dust storm pose negative impact as the dust will be washed away once it's rainy. Economic agents have not presented about this disaster at the moment. We could guide them to implement technology of cultivation to prevent loss caused by nature", said Vasile Saraban, head of the Ministry of Agriculture.