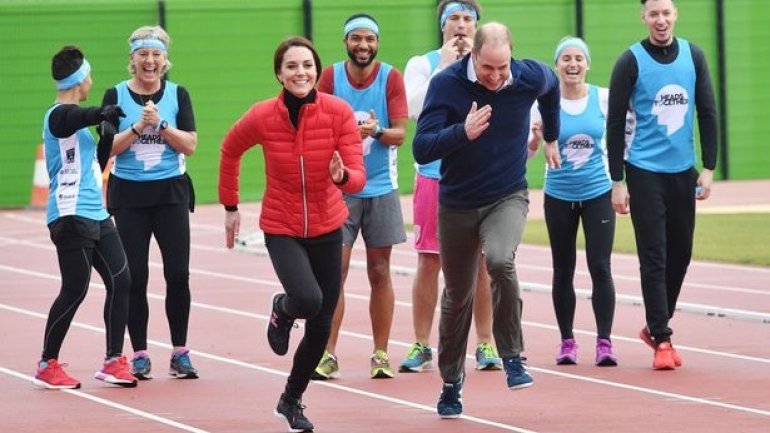 Prince Harry sprinted past his brother and sister-in-law during a relay race at a training session for runners taking part in the London Marathon, mirror.co.uk informs.

The royal trio laced-up their trainers and took to the track at the Queen Elizabeth Olympic Park in east London for their mental health campaign Head Together.

Joined by around 150 runners, William, Kate and Harry competed against one-another for the 50 metre sprint. Kate, who wore a red puffer jacket and black jeans, tied back her hair on the start line alongside her husband.

William joked, "Oh my hamstring" after being briefed before the race.

Despite an impressive sprint, the Duchess was beaten by both William and Harry - who were wearing chinos and trainers.

At one point, the Duke crossed into the Duchess's lane. William and Kate are known for their competitive nature but the couple laughed and hugged on the finish line, while Harry patted his brother on the back.

Each royal ran with the relay with a team of runners including athletes Iwan Thomas and Paula Radcliffe and presenter Sian Williams.