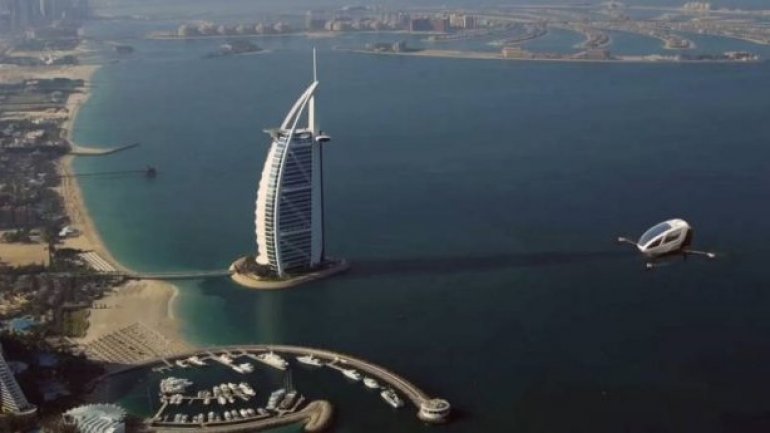 A growing number of companies are looking at the viability of airborne, autonomous taxis as a way to ease urban congestion and transportation woes, but the city of Dubai could leapfrog those with a plan to deploy a passenger-carrying drone as early as this summer, techcrunch.com reports.

Uber, Airbus and others are still talking about creating test vehicles that would begin transporting cargo first, but Dubai’s Roads & Transportation Agency lead announced at the World Government Summit in the city that they’re going to begin operating passenger service along predetermined routes starting in July, using the Ehang 184 autonomous quad-opener electric drone to ferry people through the air.

The Ehang 184 is a drone that can carry one passenger with a max weight of 220 pounds, for a distance of 31 miles on one charge and at a top speed of 100 mph. It’s plenty enough for short haul trips across a busy urban landscape. Dubai officials will remotely monitor the drones, and pilot them from a centralized command center, and the city says it’s already started test flying the vehicle in Dubai skies, so this isn’t just pure bluster.