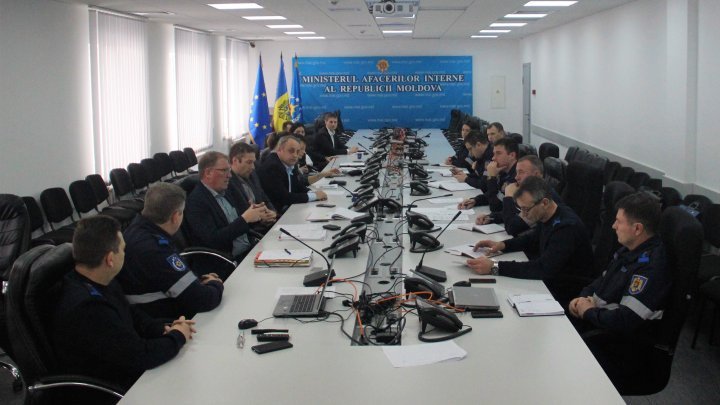 General Inspectorate for Emergency Situation (DSE) held a meeting regarding implementation plan for volunteering in the field of exceptional situations.

The event was attended by public authorities, representatives of Austrian volunteer firefighters, Moldovan Congress of local authorities and NGOs.

Participants debated topics on project purpose as well as stages of volunteer development, its role and place in prevention and liquidation of exceptional situations in the Republic of Moldova.

Part of the discussions was devoted to management of the development of the voluntary system in the field of prevention and liquidation of consequences of emergency situations.

Meanwhile, at the meeting was mentioned the importance of developing a professional training program for volunteers to prevent the risks of exceptional situations among the population, but also to intervene in such situations.

According to the representatives of the meeting, volunteering in the field could serve the primary force of intervention in remote areas of detachments and emergency situations.

According to the IGSU, at present, in Republic of Moldova, there are 11 posts of voluntary firefighters and rescuers who intervene in situations of risk for the liquidation of emergency situations, ensuring the security of the citizens.