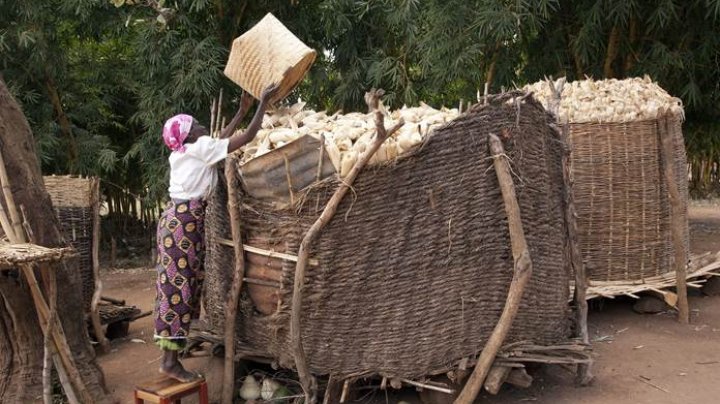 While cereal stocks in the region are ample, the spell of dry weather and erratic rains earlier in the season signals multiple risks to agricultural yields and may aggravate the impact of the Fall Armyworm pest.

Reduced harvests are "foreseen to intensify food insecurity in 2018, increasing the number of people in need of assistance," according to a new Special Alert issued by FAO's Global Information and Early Warning System (GIEWS).

Maize production hit a record level in 2017 in the Southern Africa subregion, a welcome development after sharp output declines in the previous year caused by an unusually strong El Niño. Cereal production in the sub-region in 2018 is foreseen to fall due to erratic rains, along with an intense dry period in January.

The alert comes as FAO Director-General José Graziano da Silva, speaking in Khartoum, emphasized the importance of boosting the resilience of communities - particularly in Africa - in making sure that "Zero Hunger is possible".

The number of food-insecure people in the subregion is likely to rise over the course of 2018, partly reversing last year's sharp decline, the GIEWS alert warned.

In 2016, crop production declines due to El Niño drove up significantly the number of food-insecure people in the subregion. In Malawi an estimated 6.7 million people and in Zimbabwe just over 4 million people were food insecure. But the significant rebound in the subregion's cereal production to a record level in 2017 led food insecure numbers to fall by up to 90 percent, according to official estimates.

Maize production in 2017 increased 43 percent above the recent average and the sub-region produced more than required for domestic consumption for the first time in five years, even excluding South Africa, a traditional net exporter. As a result, most countries were able to build up inventories. The higher stock levels should be able to partly cushion the effects of the likely production decreases to come. Local maize prices, currently down on a yearly basis, also reflect favorable supply conditions.

However, at the household level, many smallholders and rural families are still recovering from losses due to the severe El Niño- associated drought, and they are vulnerable to a downturn, GIEWS noted. This is especially the case where harvests in 2017 were poor, such as Madagascar.

It is also likely to be the case in areas where the weather trends have been unfavorable, notably parts of Lesotho, southern and central areas of Mozambique, western South Africa, southern parts of Zambia and Malawi, eastern Zimbabwe and southwestern Madagascar.

Precipitation trends also matter greatly for the Fall Armyworm, an invasive species that has now been detected in all countries of the subregion, except Lesotho and Mauritius. While recent heavy rains in some localities may have contributed to containing the pest's spread, the general dry weather may help it spread and could exacerbate the impact on yields.