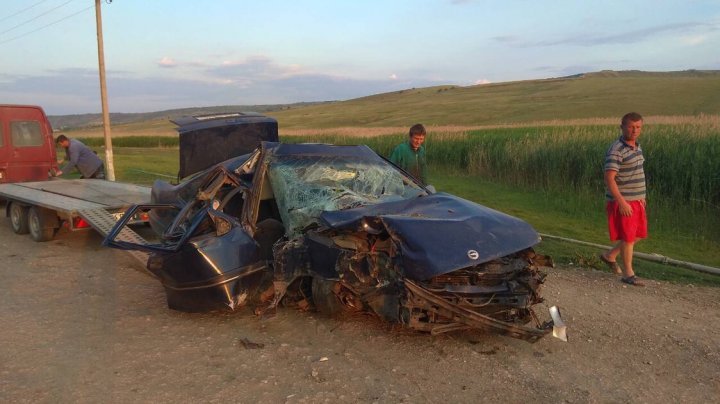 Alcohol has also claimed two lives in a road accident in Sangerei district. A 19-year-old woman and her one-year-old daughter were killed and five-year-old nephew were seriously hospitalized.

According to the police, the woman's husband was drunk driving and hit a tree.

The 24-year-old man did not have a driving license and was driving with an air index of five times the permitted limit.

"The driver was badly transported to the hospital. The condition of the child, the nephew of this person, was serious. He was transported from the Singerei Hospital to the Center for the mother and child in the Capital, "Gheorghe Cavcaliuc, Deputy Head of PGI, said.

The accident occurred on 25 May, near Romanovca village, when the family returned from the feast.

From the driver's statement, initially his wife had drove the car, but she felt bad then and he took the wheel.

As he was driving, the man would tell the woman that he had decided to work abroad, and the young indignant pulled the wheel suddenly to the left, causing the incident.

If found guilty, he risks up to seven years of detention.