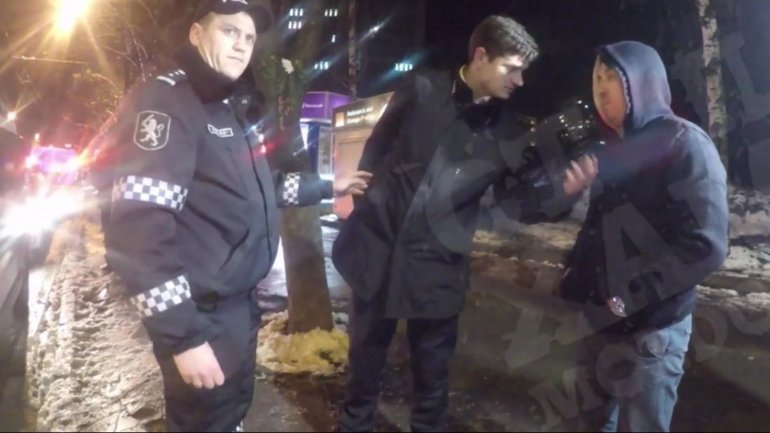 (UPDATE 11:23) Capital's Police: According to the eyewitnesses, the driver took out a gun and threatened them. It turned out to be a 34 years old man, who was made to take a breath test by patrol officers, showing his blood alcohol content of 0,84mg/l.

He war arrested for 72 hours and is criminally investigated for hit and run, while the firearm was seized, according to the legal procedure. At the same time, law enforcement will also include in the investigation the fact that he threatened eyewitnesses with a gun.

According to the law, the suspect risks a 19 000 to 27 000 lei fine, 200 to 240 hours of unpaid community services, or to 4 years of imprisonment, with deprivation from driving another vehicle for the next 3 to 5 years.

(11:13) The man was drunk enough to not even realize his actions. The drunk driver hit two women, carrying their children, while they were using a crosswalk in Botanica sector from the Capital.

According to the eyewitness, the driver has fled the site, but was followed by some eyewitnesses and detained until police didn't arrive.

The women required medical assistance. Police officers were dispatched on site to establish all circumstances.