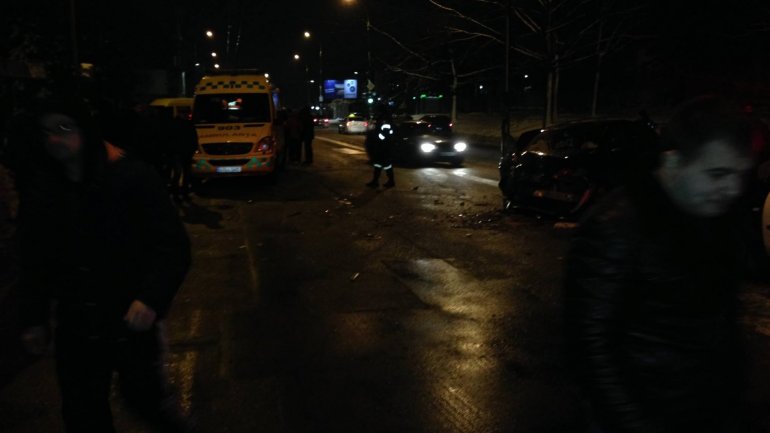 A car accident on Alba-Iulia street from Chisinau resulted in one deceased and four injured. A drunk man started driving against the traffic and hit another car. The passenger of the wrong-way driver passed away on site. The four people from the second vehicle were immediately taken to the hospital.

"They are stable and taken care of. The man is currently in the trauma ward, while the girls in trauma surgery", doctor Victor Mucovozov declared.

The 21-year-old driver who caused the accident refused to speak in front of cameras.

The young man's father has also arrived on site and confirmed that his son drunk alcohol.

"-He drunk a bit at home" the drunk driver's father said.

According to the police, the breath test has shown that he had three time more blood alcohol content than permissible.

"We have opened a criminal file for this incident, as according to article 264, line 3, of the Penal Code" head of the criminal prosecution service for road accidents, Petru Malai explained.

Last evening, another 30-year-old woman was taken to the hospital after her car collided with two other vehicles that were driving legally. The accident took place due to the victim's husband, who ignored priority to the right. The impact took place on Mihai Viteazul street from the Capital.