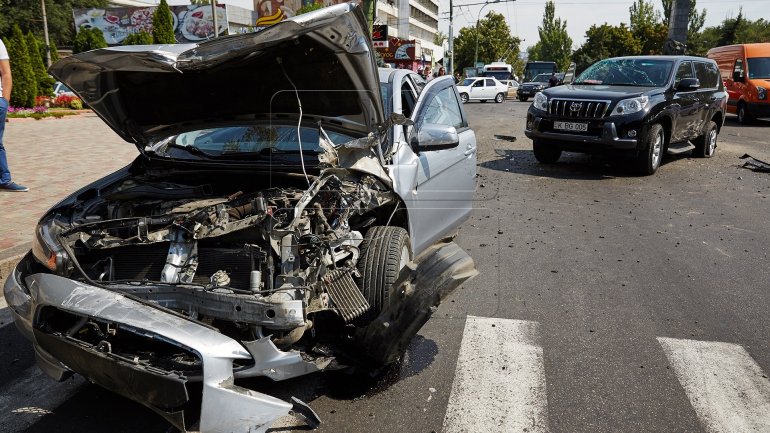 Two cars have collided last night at Vadul lui Vodă Street, Ciocana sector, when one of the drivers went against the traffic. Luckily nobody was hurt.

It was established that the 46-year-old driver that cause the accident, driving from Centru sector to Ciocana sector, was drunk.

The man admitted that he consumed some alcohol after work, before going home. The second driver was a young man, was also on his way home.

The victim claims that the car appeared out of nowhere: "He came straight at me...luckily I have managed to dodge a bit, otherwise I would have been caught in the impact".