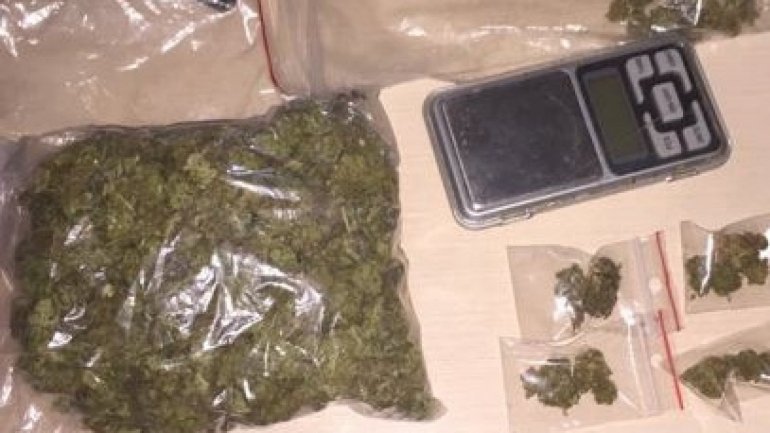 The houses of some drug traffickers from the Capital were searched. The suspects, of 19, 23 and 26 years old, were selling ethnobotanics and marijuana. Two of them have previously spent time in prison for theft.

Investigators have established that the suspects have created a scheme for selling drugs and spreading them through third parties to the final client. The drugs were sold in pubs from Ciocana sector, as well as at their houses.

Two of the members were caught red handed in Ciocana while selling drugs in a pub, while the third man was arrested at his house.

After searches, officers have managed to discover half a kg of marijuana, over a kg of ethnobotanics and raw materials, liquids and equipment used for drug manufacturing, electronic scales, multiple zipper bags, where certain amount of drugs were sealed for trade. Officers have also seized money which came from drug trafficking: 105 000 lei, 1 280 euro and 1.600 US dollars, 4 600 hryvnia.

The total worth of confiscated drugs is around 80 000 lei, 5 grams of ethnobotanics being sold for 200 lei, while 2 grams of marijuana for 150 lei.

The suspects were arrested for 30 days. They risk 7 to 15 years of imprisonment.