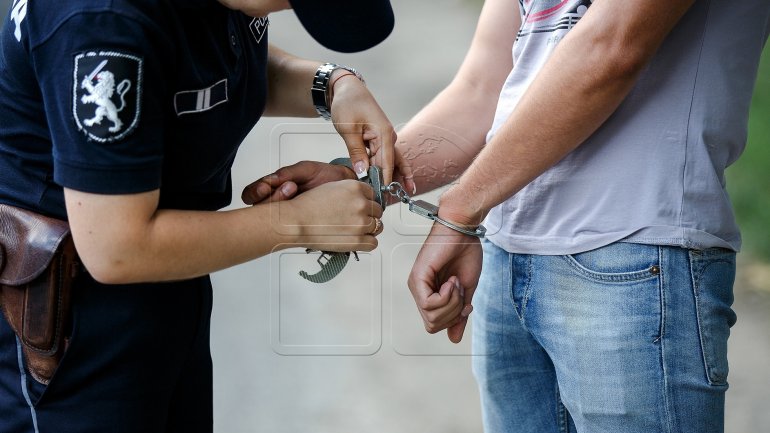 Three individuals, aged of 19 years to 25 years, from Ialoveni and Chisinau have been detained for attempt of selling of drugs.

The suspects have been handcuffed and money, drugs and ammunition have been found on them. They were detained for a period of 72 hours and can be punished with imprisonment from three years to seven years.

Also, Buiucani sector police officers have detained three individuals aged of 37 to 42 years for consuming drugs in a basement of a block of flats in capital.

Another criminal group specializing in human trafficking, whose members have proven to be two men, was unmasked by police of Botanica sector. Their detention took place at Cahul customs point when individuals intending to leave the country. However, the police took action to identify accomplices in this criminal network. They were detained for a period of 72 hours and can be punished with imprisonment from 7 to 15 years.

Another 49-year-old man from Budesti village risks being prosecuted for illegal storage of ammunition. The man risks a fine from 13,000 lei to 19,000 lei or unpaid community work up to 180-240 hours or imprisonment for up to three years.