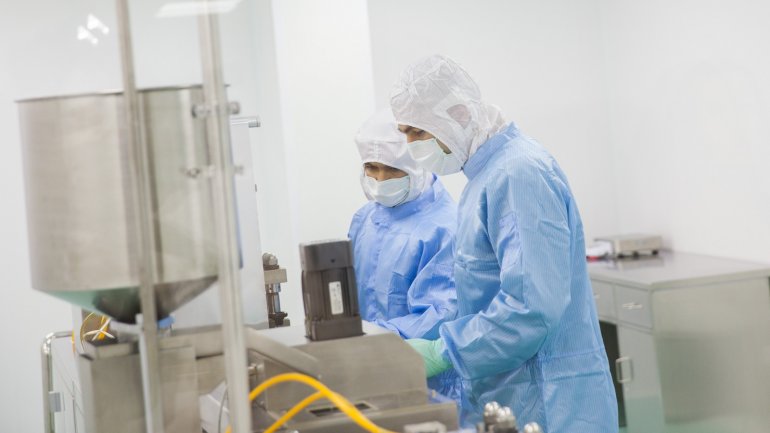 New jobs and European standards. About 400 people have got the opportunity to work at one of the largest drug manufacturer in East Europe, which has been opened today in Sângera, a town near Chisinau.

The factory produces about 135 drugs. After a first stage of employment, the factory is looking for dozens of specialists more.

Attending the event, Premier Pavel Filip has stated the new jobs will insure a better life to people: "I’m glad this factory exists, because this welfare means wages and jobs. They will offer over 400 jobs. That means 400 people, 400 integrated families here in Moldova."

The factory is going to supply a wide variety of medicines on the Moldovan market, too.

"As the market share of the Moldovan manufacturers grows, we have confidence in drugstores, cheaper prices and jobs. We produce about 135 drugs we deliver to the market," said manager Vasile Cazacu.

The factory is a branch of a Romanian pharmaceutical company and also got Romanian investments.

"We invest in Moldova’s people, offering them a special chance to remain in the country and contribute to the welfare and European future of Moldova," said Romanian ambassador Daniel Ioniţă.

EUR30 million have been invested to build the factory, as six million more are to be invested to set up a line manufacturing antibiotics.