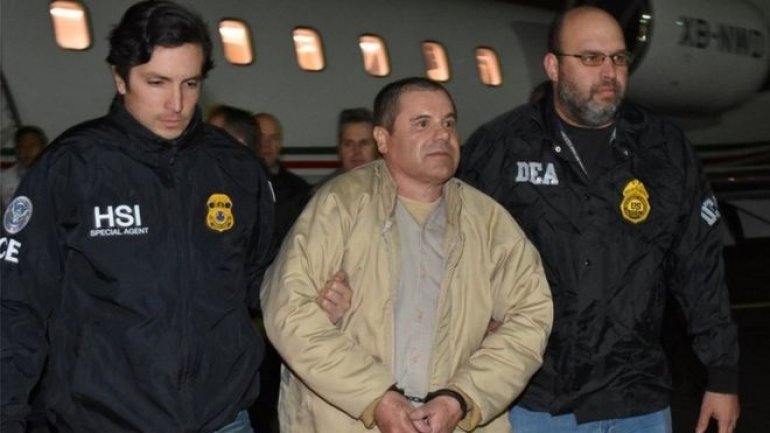 Mexican drug lord Joaquin "El Chapo" Guzman has complained in court about his conditions of custody in a US jail, BBC reports.

Guzman is being held in a maximum security prison in New York after he was extradited last month.

The notorious kingpin escaped twice from prison in Mexico, once in a laundry basket and most recently through a tunnel in his cell.

His lawyers say he has been denied marital visits and is largely kept in solitary confinement.

The claims arose at a federal court in Brooklyn at a hearing for Guzman, who has pleaded not guilty to charges that he ran the world's largest drug-trafficking organisation during a decades-long career.

He faces life in prison if convicted.

Guzman's wife Emma Coronel, a 27-year-old former beauty queen and mother of his twins, flew from Mexico to attend the hearing.

His lawyers said it was first time Ms Coronel had seen her husband since his surprise extradition two weeks ago.