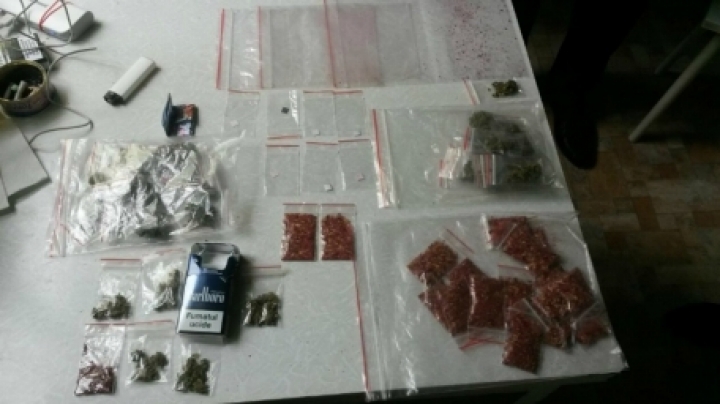 Two Chisinau men aged 21 and 38 have been detained on suspicion of selling drugs as marijuana and ethnobotanicals, grown in a laboratory.

The police searched the apartment where the suspects kept and sold the drugs and found four drug consumers on the spot.

The police also found different types of drugs in plastic bags, money allegedly gained from selling narcotics and other objects relevant for the inquest.

If proven guilty, the men may serve a jail term of up to 15 years.

More pictures and video on Publika.md.