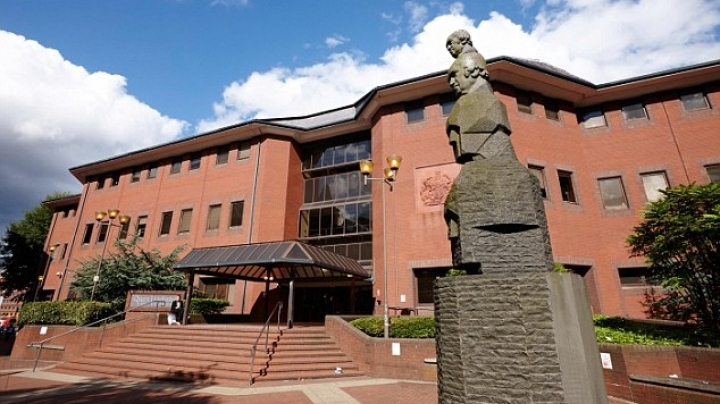 An evil thug has been jailed for one of the worst cases of domestic violence police have ever seen - after he subjected his partner to a horrific three day attack, reports Daily Mail.

David Cookson, 47, poured boiling water over his 65-year-old lover and beat her with a hammer.

A court heard he also tied her up and hacked at her with an axe before trying to hang her.

The victim said she was 'used to a punch or a slap' but described the assault as the worst attack she had endured in 20 years of domestic violence.

She also told hospital staff she 'thought she was going to die' during the terrifying three-day ordeal.

The abuser was handed an extended jail sentence of 17 years, made up of 12 years in custody and five years on licence. Cookson, of Erdington, Birmingham, was also given a restraining order preventing him from contacting his former partner in any way. The couple, who had been together for 30 years, lived in a council property and had a son together.

Prosecutor Siobhan Collins said Cookson blamed his partner for how he was feeling when he suffered the withdrawal effects of coming off heroin in February this year. The thug then took out his frustration by pouring a kettle of boiling water over his girlfriend's head and set about hitting her on the head and hands with a hammer.

She rang for an ambulance but when paramedics arrived told them she had fallen down the stairs and didn't say anything about the burns. The next day she was in so much pain from the burns she went to hospital but lied about her injuries and was kept in overnight and then discharged.

When she returned home Cookson ordered her to go into the bedroom and attacked her again. He tied his partner up by her wrists with cable ties and punched and kicked her as she lay helpless on the bed. Cookson then sat on her chest so she couldn't breathe and used the blunt end of an axe to hit her between the legs. The shocking assault continued when he put a weightlifting strap around her neck and strung her up by it.

Prosceutor Miss Collins said: 'She was being hanged and she thought she was going to die.' Cookson eventually let the victim go and she escaped into the living room where she lay on the sofa all night. The next day she was taken to hospital where she eventually told nurses what had really happened to her.

Police were called and one of the officers said her injuries were 'among the most severe' she had ever witnessed during her police career.

The court heard Cookson had a long history of previous convictions with 36 offences since 1990 including including shoplifting, theft, firearms and wounding his partner.