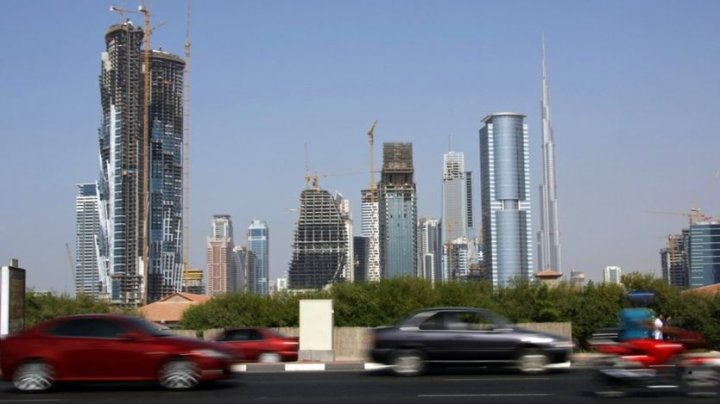 Drivers in Dubai may soon be using digital number plates under new plans.

In a trial starting next month, vehicles will be fitted with smart plates with digital screens, GPS and transmitters.

The new plates will be able to inform emergency services if a driver has an accident.

Dubai has recently spearheaded a number of new transport initiatives as it seeks to become an international technology hub.

According to Sultan Abdullah al-Marzouqi, the head of the Vehicle Licensing Department at Dubai's Roads and Transport Authority (RTA), the plates will make life easier for drivers in Dubai.

As well as contacting the police and ambulance services if the vehicle is involved in a collision, the technology allows real-time communication with other drivers about traffic conditions or any accidents ahead.

The number plates can also change to display an alert if the vehicle or digital plate is stolen.

Payment for fines, parking fees or renewing registration plates will be automatically deducted from users' accounts. Number plates can also be changed using the RTA's app or website.

According to Sultan Abdullah, the trial will work out any potential technological glitches caused by Dubai's desert climate.

It is not clear how much the plates will cost, with Sultan Abdullah saying that the final cost of the project will only be known after the trial ends in November.

Dubai has big plans to expand the use of technology in transport, and hopes for self-driving vehicles to account for a quarter of journeys by 2030.

Last year, the city made headlines over its plans to introduce drone taxis to help overcome congestion issues.

The city is also planning high-speed Hyperloop pods to open by 2020 that would transport passengers to the UAE's capital Abu Dhabi in just 12 minutes, a distance of over 120km (75 miles).