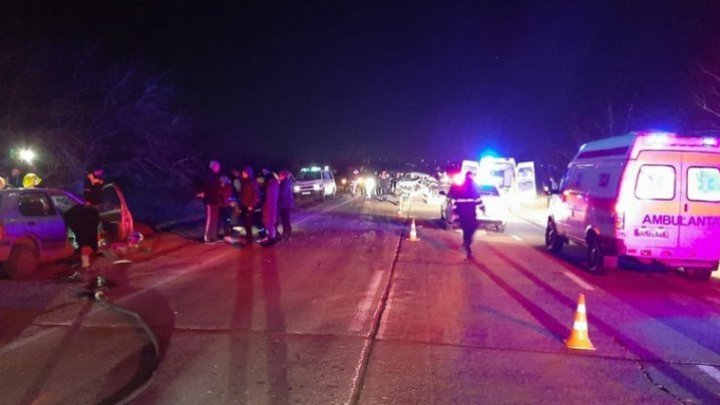 A man was killed and other sustained injures in a multi-vehicle crash that happened last night in Anenii Noi.

Police said the guilty, a 32-year-old man, died instantly following the accident. He suddenly drove on the wrong side and hit another car going the opposite direction. This car's drive and passengers were transported immediately to the district hospital.

The driver was admitted to the resuscitation unit with multiple traumatic injuries while the passengers were treated outpatient.

According to the district hospital director, Nicolae Usatîi, the patient's life no more in danger but he was transferred today to the Institute of Urgent Medicine in Chisinau for more complex investigations.

A third car was also involved in the accident. The driver, 26, suffered from slight injures.

The three cars got smashed as a result of impact.